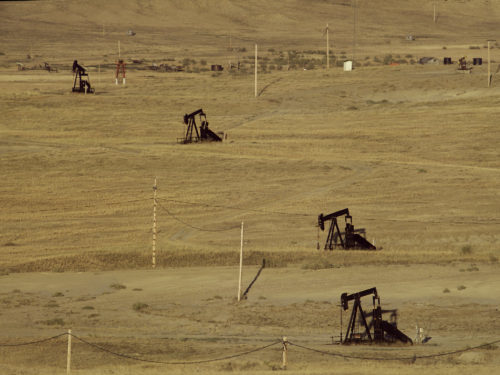 The war in Ukraine is increasing gasoline prices in America despite the country’s status as the world’s largest oil producer, demonstrating why the United States “cannot drill its way to energy security” and should instead invest in renewables, writes Princeton University energy specialist Jesse Jenkins.

“Oil, coal and, increasingly, natural gas are globally traded commodities, which leaves the U.S. economy dangerously exposed to the vagaries and volatility of energy prices. The decisions of a single autocrat on the other side of the world can send the cost of filling the tank in Des Moines or Denver soaring,” writes Jenkins, an assistant professor of energy systems engineering and policy at Princeton University and leader of the REPEAT Project.

Drilling for more oil could have strengthened the country’s energy security the last time Americans were paying this much for gas, back in 2008. At that time, the U.S. imported more than half of its oil, while renewable energy sources were much more costly and supplied less than 2% of the country’s electricity.

But the energy landscape has fundamentally changed since then, after national oil and gas production outpaced consumption and the cost of renewable energy and lithium-ion batteries plunged.

But while he agrees the U.S. should continue to export oil and gas to European allies to help “starve the Kremlin war effort,” Jenkins says the country’s energy security depends on developing a new approach that expands renewable energy infrastructure. The energy provisions in the now-stalled Build Back Better bill would reduce U.S. consumption of oil by nearly 500 million barrels and natural gas by two trillion cubic feet per year, for combined annual savings of about US$70 billion for American homes and businesses.

At the start of the Ukraine war, Senator Joe Manchin (D-WV), a key holdout on the Build Back Better bill’s energy package, acknowledged that the Russian invasion changed the context for energy legislation, adding that the war “is, in many ways, an energy war.” He has since opened negotiations for a version of the bill to address “our nation’s climate and energy security needs head-on.”

But Jenkins says the “only viable strategy is to simultaneously increase domestic fossil fuel production and drive down oil and gas use at home through investment in clean energy, efficiency, and electrification,” allowing the U.S. to increase short-term oil and gas exports much sooner than a policy built on more drilling.

“Presented with yet another energy crisis, we cannot afford to ignore America’s persistent economic vulnerability,” he writes. “It’s time to do whatever it takes to deliver true energy security for America’s economy, citizens, and allies.”