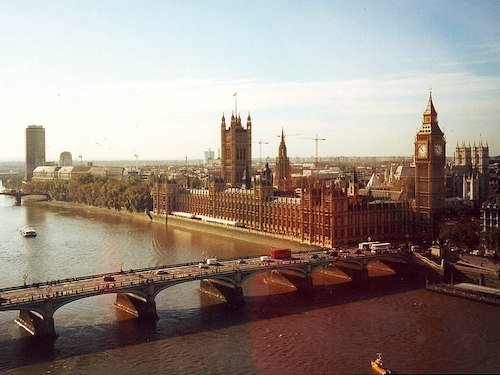 With many of the world’s cities, and especially their poorest citizens, facing increasing risks of drought and water shortages, faster emissions cuts and the long overdue establishment of an international fund for loss and damage are needed, says a new report.

Warning that even “famously rainy” London could run out of water by mid-century, while cities like Harare, Kabul, and New Delhi are already parched, the report from the United Kingdom-based charity Christian Aid warns that less than 3% of the world’s water is suitable for drinking, with most of that locked up in glaciers and ice caps, writes The Independent.

Though only 0.01% of the world’s water is easily available for human use in lakes, rivers, reservoirs, and aquifers, global water use grew at more than twice the rate of population over the 20th century, the report found.

Examining the future of water use for drinking, washing, and growing crops in 10 major cities around the world, the report found that the urban poor will be hardest hit without more and faster action to prevent the accelerating spread of drought. Describing a grim environment where poor people can only obtain water by paying usurious rates to private vendors, or fighting physically for the resource, Christian Aid says things will only get worse, with the number of people living in cities expected to swell to 68% of the global population by 2050, up from roughly 50% today.

In the developing world, the costs of water shortages are an intensifying reality. Noting that drought now “threatens the lives and livelihoods of some of the poorest people in the world,” the same communities that “have done the least to cause the climate crisis,” Christian Aid’s climate justice policy adviser and report co-author Nushrat Rahman Chowdhury said those who are responsible must finally take responsibility.

To this end, Christian Aid is adding its voice to increasingly urgent calls for a long overdue loss and damage finance facility to be created at this year’s COP 27 climate summit in Egypt.

“To address this injustice, we not only need emission cuts, but [must] also provide financial support for those losses which cannot be adapted to,” Chowdhury said.

Even in the wealthy developed world, there is a serious financial incentive to act: Christian Aid calculates that a severe drought would cost London’s economy £330 million (US$411 million) per day.

“It is vital that emissions in the richest and most polluting countries are slashed as a priority,” the report says.

“Many developed economies, such as the UK, have set net-zero target dates but the vast majority lack the policies to enact them, and these targets are currently not on course to be met.”