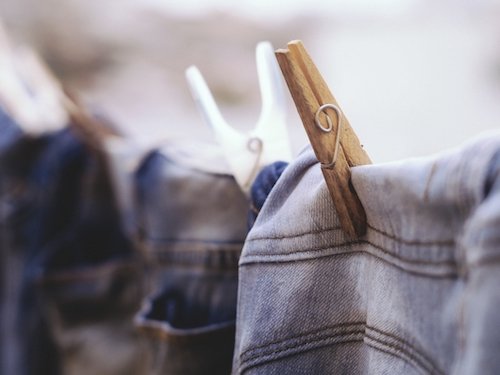 No longer the sole province of tool- and computer-wielding technicians and scientists, climate careers will be increasingly found across all sectors, according to a new generation of young entrepreneurs who are determined to leave the world far better than they found it.

While the phrase “climate careers” still conjures visions of solar panels and hard hats for many, a concern for climate is increasingly guiding the work of young “disruptors” in the fashion and food sectors, as well as in activism and education, writes Atmos, a non-profit magazine and website devoted to climate and culture. They know they have majority support, especially amongst younger people, in their quest to build a more sustainable world.

In a 2020 survey at the University of Southern California, Atmos writes, 64% of undergrads said they were “very interested” in learning about sustainability, while 33% “participate in sustainable practices on a ‘daily’ basis.”

Amongst the “young climate visionaries” is Josephine Philips, 23, founder of a fashion alteration and repair app called Sojo.

Driven to embrace the so-called slow fashion movement after learning about the social justice impacts of its fast variant, especially the exploitation of women of colour in garment factories, Philips told Atmos there was “no going back” once she knew about fast fashion’s toxic impact on the planet.

No sector will remain untouched by the climate crisis, she added, so “the whole world needs to be reimagined for us even to have a future.”

For Rahel Stephanie, founder of a plant-based Indonesian supper club called Spoons, a “climate career” means re-educating westerners about the roots of their passion for uber-fashionable foods like tempeh. Wealthy consumers embracing such foods for their personal health or ethical reasons would do well to recognize that the simplicity of the plant-based Indonesian diet owes to poverty and deprivation: Stephanie told Atmos her ancestors ate plant-based foods because they couldn’t afford meat. Awareness of the social and economic drivers behind the food we eat can only help humanity in its quest to eat in a more climate-friendly way, she added.

Among the young people pursuing a more traditional “climate career” is Dominique Palmer, a United Kingdom activist who spoke at the COP 25 climate summit in Madrid in 2019 at age 20. Palmer told Atmos it was when she connected the dots between air pollution in the United States, and sea level rise in Jamaica (she has loved ones in both countries), and the increasingly clamorous youth climate demonstrations around the world that she became firmly committed to living and working as a climate activist.

While she began her work helping to organize protests and still does, she said she is increasingly motivated to educate people to address the climate emergency in ways that resonate with them and give them a sense that they can be part of the solution, with social media as a major tool in the toolbox.