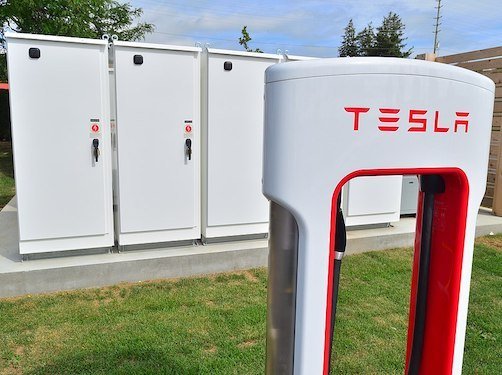 A business owned by TD Bank’s asset management division is tripling its investment in lithium-ion batteries for the Alberta power grid and bringing its total capacity up to 180 megawatt-hours.

“Calgary-based Enfinite Corporation said it has ordered 120 additional megawatts of capacity in the form of utility-scale Megapack batteries made by Tesla Inc. to expand its storage projects in the province,” The Globe and Mail reports. Enfinite has already bought and installed two battery banks totalling 40 MWh, and expects to bring a third one online late this summer.

“Each bank of batteries, or unit, has a footprint about the size of a hockey rink,” the Globe says. They’re all located in the east-central and northwest regions of the province.

“We’re looking longer-term,” said Enfinite CEO Matt Braaten. “In Alberta there’s going to be quite a transition off fossil fuels in the power space, so we feel this is an appropriate investment.”

Enfinite didn’t disclose what it paid for the batteries, but the Globe says similar projects have cost about C$200 million.

“Enfinite, owned by TD Greystone Infrastructure Fund, said it expects approval of the next six eReserve projects later this year, and they are scheduled to be in service by the second quarter of 2023,” the news story states. “It also said it has other projects in various stages of development in Ontario and other parts of Eastern Canada.”