Rocky Mountain Glaciers ‘Past Tipping Point’, with Some Expected to Vanish by 2030 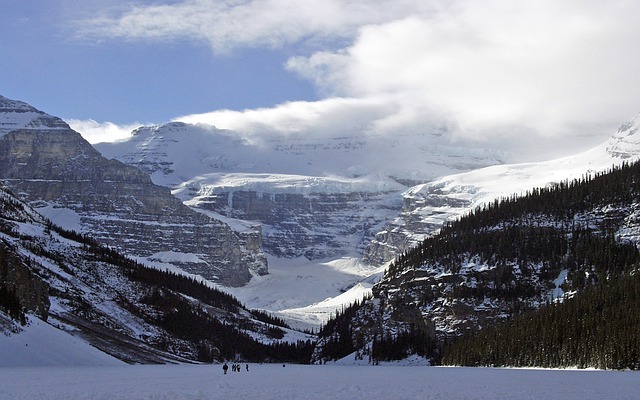 The glaciers of the Canadian Rockies are “past their tipping point” for meltdown, says a climate and water expert, describing a reality that bodes ill for Prairie freshwater supplies.

“Even if somehow, magically, we’re able to stop global warming tomorrow and return the atmosphere to more normal carbon dioxide concentrations, we would lose most of the Rockies’ glaciers,” Prof. John Pomeroy, Canada Research Chair in water resources and climate change at the University of Saskatchewan, told CBC News.

“We’re past the tipping point for the glaciers,” he said.

Though he believes the mammoth Columbia Icefield between Banff and Jasper in Alberta will likely survive past the end of the century, Pomeroy said other glaciers, like the Peyto Icefield some 45 kilometres north of Lake Louise, could be gone as early as 2030.

“The glaciers, as you can see from the highways, are probably finished. By mid-century, the Icefields Parkway, people may begin to wonder why it’s named that.”

Glaciers begin to recede when the melt exceeds the snowfall. Jeff Kavanaugh, an associate professor of glacier dynamics at the University of Alberta, predicted that 60 to 80% of the ice volume in British Columbia and Alberta will vanish by 2100.

And the loss of these frozen reservoirs will jeopardize freshwater supplies on the Prairies, as it is glacier meltwater that keeps rivers flowing through the hot summer months, after the snowpack is gone and rainfall levels drop.

For the next 20 years or so, glacier-fed rivers like the Athabasca and the North Saskatchewan will exhibit very high flow during the summer months, but then “it will start to fall off a cliff,” Kavanaugh said, as there will be little ice left to melt.

Global heating isn’t the only thing driving the accelerated meltdown of glaciers in the Rockies, Pomeroy added. A further culprit is the sudden explosion of algae across vast swathes of the ice. The deep purple algae darkens the ice, which causes it to melt even faster.

While researchers don’t fully understand the mechanism behind the algae’s colonization of the ice, they believe it is linked to the increasing incidence of wildfires, with the algae gorging on the carbon-filled soot that lands on the ice.

“Perhaps it occurred with the soot, perhaps they were always there, but they didn’t bloom as much because they didn’t have the food source before. But they certainly are now,” said Pomeroy.

The accelerating melt in the Rockies affects water supplies in yet another way. Glacial snowpack and upper levels of ice are “a catchment for contaminants,” said Alison Criscitiello, director of the University of Alberta’s Canadian Ice Core Lab.

Her research shows that chemicals like DDT—in use in earlier decades but now banned as toxic—are beginning to melt out of the snowpack.

Criscitiello told CBC the real question is how long it will take for snowpack from the ’70s, ’80s and ’90s to reach downstream.

BREAKING: 40% of Fossil Fuels Now Under Development Must Stay in the Ground