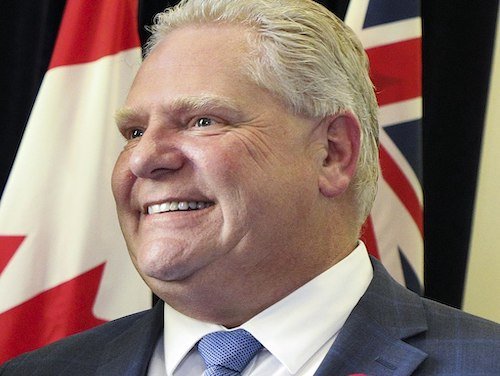 Ontario voters concerned about global heating and other environmental problems will find no champion in Doug Ford, given his track record of catering to developers and heavy industry at the expense of the public good, warns a recent op ed in the Toronto Star.

From going basically nowhere with its vaunted Made in Ontario Environment Plan (after dismantling the previous government’s climate strategy and leaving citizens on the hook for hundreds of millions of dollars in cancelled renewable energy projects), to weakening protections for endangered species, to undermining efforts to protect citizens from everything from flooding to water pollution, the Ford government has proven itself a “dismal” steward of both the environment and the public good, writes York University professor of environmental and urban change Mark Winfield, ahead of the June 2 election.

Winfield denounces what he sees as short-sighted and self-interested moves like “rewriting of planning rules at the provincial and local levels in favour of developers,” and the rejection of public consultation as a form of “red tape”. He criticizes the province’s pronounced shift “away from rules- and evidence-based decision-making to approaches based on access, connection, and political whim.”

And while the environment and the people of Ontario have lost a great deal, “the big winners so far have been clear: developers, the mining and aggregate industries, and nuclear and natural gas-based incumbents in the energy sector.”

Describing a governance structure that recalls the robber baron ethos of the 19th century, Winfield writes that “for the most part, the Ford government has operated on an assumption that anyone concerned about climate change and the environment wouldn’t be voting for them anyway.”

As for those Ontario voters who do care, Winfield describes the NDP’s environmental platform as “disappointingly thin”. The Liberal platform is more ambitious, he says, but relies “heavily on federal initiatives to achieve emission reductions.”

But the “potential role of the Greens in the election should not be underestimated,” he adds, in the event of a “highly fractured vote.” Of all the parties, the Greens are by far the strongest on climate change and environmental issues, and could make a difference should the party “end up holding the balance of power in a minority legislature, as happened in B.C. in 2017.”