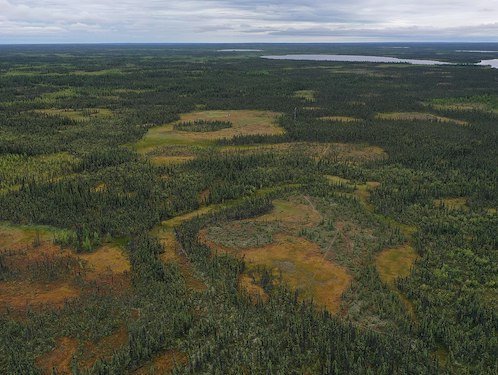 By pushing forward Ring of Fire mining and smelting development projects in northern Ontario, experts say federal and provincial governments are failing to recognize the right to free, informed, and prior consent enshrined in the United Nations Declaration on the Rights of Indigenous Peoples (UNDRIP), ratified by the Canadian government.

UNDRIP recognizes the right of Indigenous peoples to give or withhold consent to a project that may affect them or their territories. But participants in a recent webinar hosted by Seniors for Climate Action Now (SCAN) heard that governments are running roughshod over this right in environmental review processes that are exclusively controlled by the state and outsider interests, without Indigenous participation in governance.

“The idea that Canada and the provinces have complete jurisdiction over Indigenous territory is simply not tenable,” said panelist Dayna Nadine Scott, associate professor at York University and expert in environmental law and justice in the green economy. “For Indigenous people it’s not Crown land, it’s homeland.”

Concerns about the development of the mineral-rich Ring of Fire—an area roughly the size of Germany—include environmental damage, loss of precarious wildlife populations like caribou, drinking water pollution, and loss of the Indigenous way of life, said Chief Wayne Moonias of Neskantaga First Nation, in a video shared with the webinar.

“We are ultimately talking about the survival of the species, since we all are relatives,” said panelist Donna Ashamock, a member of the Cree Nation and affiliated band member with the Fort Albany First Nation.

SCAN notes [pdf] that First Nations call the Ring of Fire region the “Breathing Lands,” with the two names reflecting the “divergent views of Settler and Indigenous cultures.” The region houses peatlands, “one of the world’s largest remaining intact storehouses of carbon,” whose disruption could release vast amounts of carbon dioxide into the atmosphere.

The federal government’s regional assessment of the development has been a “lost opportunity” to establish the decision-making rights of Indigenous peoples, identify priorities for community investment, and set the rules of the game for subsequent project approvals, Scott said. Individual project approvals may proceed before it is finished, she added.

Previously, Premier Doug Ford’s government in Ontario “ripped up a 2014 agreement with the affected First Nations regarding the terms and conditions under which they would collectively consent to development,” says SCAN. Instead, the government pushed forward with environmental assessments for 450 kilometres of all-season roads that would serve mining development in the region, with two Indigenous communities, Marten Falls and Webequie, enlisted as proponents.

Scott noted the attraction of the mining development for First Nations with young people who need jobs. But she said communities just get “the crumbs” from development. She pointed to an urgent need for infrastructure and other community investment that appears to be held up pending approval of mining development.

In 2021, the Ontario government rejected a call from several First Nations for a moratorium on further exploration and mineral development pending completion of the environmental assessments.

One community, Neskantaga, launched a court case arguing that legitimate consultation is impossible with a community in crisis. Obstacles included suicides, a decades-long boil water advisory, and the COVID-19 pandemic, which blocked established practices for in-person community decision-making protocols. Meanwhile, the community was deluged with demands for comment on various documents.

Ashamock said the Ring of Fire is a megaproject, and “if it goes ahead then what’s to stop more and more development?” She called for a “regenerative economy” to address climate change and the need for true sustainability. She also noted that many examples of “renewable energy”, like electric vehicles, aren’t truly renewable.

Meanwhile, an investigative article last week by The Narwhal suggests the economics and intergovernmental politics of the Ring of Fire may be deteriorating. Ontario has yet to secure a $1-billion commitment from the federal government to help pay for road construction and other infrastructure, and discussions appear to be stalled.

An internal briefing note to Ontario northern development minister Greg Rickford reports an increase in costs, from $1.1 to more than $2 billion. Due to soil conditions, the proposed new all-season roads are inherently challenging and expensive. A 2019 Ontario government estimate pegged construction costs at $2.69 million per kilometre.

The Narwhal says both levels of government, federal and provincial, are also relying on outdated estimates of the value of the mineral deposits, developed 10 years ago, and the possibility that technological developments in car batteries might affect demand for nickel in the coming years.

United States mining consultant Patrick Ryan said the Ring of Fire doesn’t make economic sense. “If it’s such a goddamn good project, why does it depend on massive amounts of government aid?” he asked.