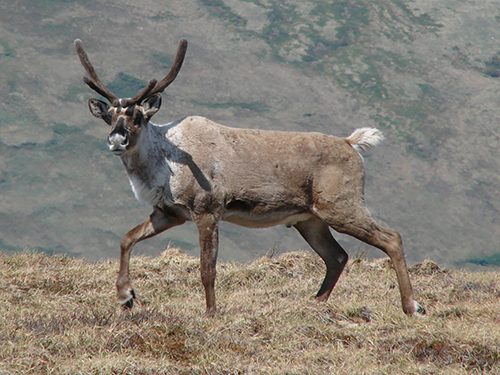 Canada’s collective failure to protect endangered boreal caribou herds and the forests on which they depend owes to a longstanding determination to put jobs and profits above the health and well-being of wildlife—a determination on particularly short-sighted display in Quebec, a new analysis concludes.

It is “Canada’s historic inability to respect the environment” that has resulted in the severe dwindling of Quebec’s Val d’Or woodland caribou herd, down to seven animals from 15 in 2017, and currently sequestered in a fenced enclosure for its own protection, writes Alan Freeman, honourary senior fellow at the University of Ottawa’s Graduate School of International and Public Affairs, in a recent post for iPolitics.

“It’s the idea that we have so much territory, so many trees, and so many animals, that we can thoughtlessly take what we want from nature and get away with it,” he adds.

Such arrogance is clearly on display in Quebec, Freeman writes, where the provincial government “has systematically ignored warnings by scientists and environmentalists that its scattered and isolated herds of boreal caribou are in mortal danger.”

This refusal to attend to the science has gone hand in hand with fervent courting of the forestry industry. Quebec’s forestry minister recently declined to meet with the head of the Forest Stewardship Council (FSC), Freeman says, in the wake of a decision by Boisaco, a lumber producer in an area that is home to the shrinking Pipmuacan herd, to summarily withdraw from the FSC’s certification program, rather than waiting to be booted out for its contribution to habitat destruction.

And in 2018, then-premier Philippe Couillard said in an interview that given the choice between protecting a caribou herd and protecting local forestry jobs, he would choose jobs every time.

“It was a statement worthy of Brazilian President Jair Bolsonaro and his approach to the development of the Amazon,” observes Freeman.

The decimation of boreal caribou herds across Canada, but especially in southern Quebec, continues 10 years after federal officials developed a strategy to restore their habitat, guided by the fundamental understanding that to adequately protect the animals, at least 65% of that habitat had to be undisturbed old growth forest.

And it continues five years after another government study revealed both habitat and herds in precipitous decline, Freeman says.

Recently, Environment and Climate Minister Steven Guilbeault threatened to use “federal powers to decree that 35,000 square kilometres of territory in the province be set aside as protected habitat for the remaining caribou,” writes Freeman. Initially, Premier François Legault accused Guilbeault of jurisdictional overreach—erroneously, notes Freeman, as the caribou are a shared jurisdiction.

Then, echoing his predecessor Couillard, Legault contended that “we have to have a balance between saving the caribou, but also protecting jobs that are important in certain regions of Quebec.”

Given that “caribou don’t vote,” Freeman predicts that “unless Ottawa shows some real courage, Quebec’s boreal caribou are probably done for,” and “herds in the rest of the country are probably close behind.”