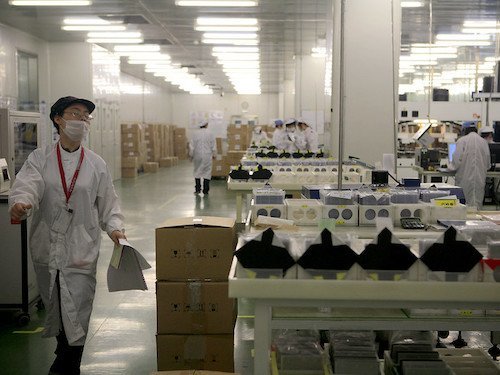 Canadian Solar Inc. has announced an investigation to determine whether any workers at its photovoltaic plant in China’s Xinjiang region were hired against their will, though the company claimed in the past it would be impossible to determine if its supply chain used forced labour.

The Guelph, Ontario-based company has partnered with GCL-Poly Energy Holdings Ltd., whose network of companies has employed workers from a Chinese government program to transfer people, many of them Uyghurs, to industrial workplaces, reports The Globe and Mail. Beyond mentioning that a qualified third party would be hired for the audit, the company has provided no details on what the investigation will involve, and whether it the results will be made public.

Canadian Solar has also built a solar generating project in Xinjiang, but now says it has sold the project.

Treatment of the largely Muslim Uyghur community by Chinese authorities has been called “genocide”by Canada’s Parliament, and the United States imposed sanctions on GCL-Poly Energy in June 2021 after the labour allegations emerged.

“Without knowing the details of what they’re actually proposing to do here, it is hard to feel satisfied that the review planned is going to be sufficiently in-depth and transparent and have the right kinds of safeguards and design in place to make sure that it’s adequate,” said Anthony Schein, director of shareholder advocacy at Share, a Toronto-based research and advisory firm.

Canadian Solar had previously told Share that such an assessment would be impossible. “This work is not capable of being completed,” general counsel Jianyi Zhang wrote in an April 20 email.

“We tried the approach but couldn’t find one consultant,” wrote Huifeng Chang, the company’s chief financial officer, in a separate email. He faulted Western advocacy groups, saying they “mistakenly regard any employment of Uyghurs as forced labour, which has caused severe harm to the Uyghurs we all love.”

He added that Canadian Solar does not employ any Uyghurs and “has no presence in Xinjiang.”

“It is unfortunate that people are battering the victims because they can’t reach the culprits,” he wrote.

Canadian Solar’s turnaround on the probe shows the company is shifting under investor pressure, led by Share. Laura Murphy, a professor of human rights at Sheffield Hallam University and author of a report on Uyghur forced labour, suggests that the probe’s efficacy will need to overcome shortcomings that plague more than just the one company.

Across the sector, “there is very little in the way of details regarding how sourcing has changed and who the new suppliers are,” she said. “Without transparency, consumers and stakeholders should not simply trust that the work is done.”