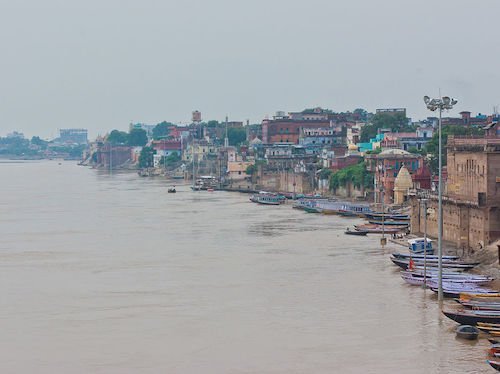 A recent state court ruling in India that Nature has the same legal status as a human being is being celebrated for breaking with environmental law as usual, but also criticized as a missed opportunity to invoke the less legally vexing but still evolving principle of “legal naturehood”.

In her 23-page opinion, Justice S. Srimathy of the Madras High Court in Tamil Nadu ruled that “Mother Nature” is effectively a person under the law, a status which includes “all corresponding rights, duties, and liabilities,” reports Inside Climate News.

She also invoked “parens patriae jurisdiction,” which requires governments and courts to act as guardians for those unable to protect themselves.

The judge’s decision to invoke the legal responsibility of guardianship “is not only conceptually about Mother Earth having rights, but the court saying we as judges need to step in and grant this protection,” said Margaretha Wewerinke, an international law professor at Leiden University and specialist in environmental law in India.

Srimathy’s opinion criticized conventional environmental legal and policy principles like sustainable development, the polluter pays, and the precautionary principle as being insufficient to protect the environment.

Noting that “those environmental law principles are used in a way that still allows a lot of environmental damage,” Wewerinke added, “this decision explicitly breaks with that.”

Some legal experts are, however, questioning Srimathy’s decision to grant legal personhood, with its associated “duties and liabilities”, to Nature, a decision that has precedent in at least three other rulings granted at the state court level in India within the last decade. Animals, glaciers, rivers, and the Earth itself have all been accorded legal personhood status in those cases.

“While those rulings are binding at the state level, the law on the rights of nature is unsettled at the federal level,” writes Inside Climate, citing a 2017 Supreme Court reversal of an Uttarakhand High Court decision that granted legal personhood to the Ganges River, as well as to one of its tributaries, the Yamuna.

Describing the ruling as legally “unworkable,” the court was particularly troubled by the High Court decision to impose duties and liabilities on the rivers, as well as legal rights.

“Those duties and liabilities could allow individuals to sue the rivers in the case of flooding or other natural disasters, potentially raising problematic issues about who would pay for any damages,” wrote the Supreme Court judges.

Mari Margil, executive director of the Spokane, Washington-based Center for Democratic and Environmental Rights, told Inside Climate that “recognizing nature as a legal person with the same rights, duties, and liabilities as humans is not an ideal approach, since nature is inherently different than human beings and cannot be held liable in the same way.”

Citing a recent Ecuadorian court ruling, she called for “a new system for nature that moves beyond legal personhood to ‘legal naturehood’, in which the rights of nature are protected and properly interpreted, guaranteed, and upheld.”