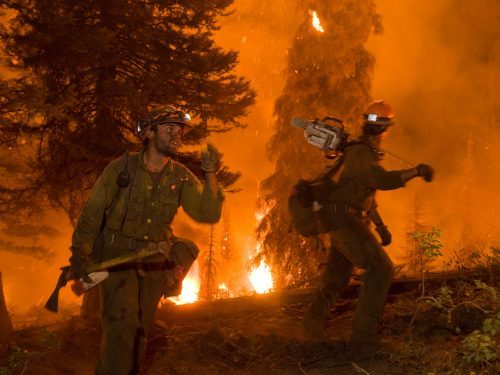 Utilities across several states are warning of rolling blackouts caused by electricity shortages, as the United States braces itself for a summer of record-breaking heat waves that will drive up energy demand.

“From California to Texas to Indiana, electric grid operators are warning that power-generating capacity is struggling to keep up with demand,” writes the Wall Street Journal.

Last weekend, when a heat wave brought record high temperatures of 112°F (44.4°C) to Texas, power service was cut for thousands of people in South Austin, with public utility Austin Energy citing a demand surge as one of the factors in the outage, according to KVUE news.

Such an outage is particularly alarming in Texas, where hundreds of people died when the state’s grid failed to accommodate the surging need for home heating during the February, 2021 deep freeze. The anticipated power needs for home cooling are expected to have similarly devastating consequences: while Governor Greg Abbott claimed that “everything that needed to be done was done to fix the power grid in Texas,” experts have criticized his reforms as “woefully inadequate,” writes Gizmodo.

In California, utility officials are gearing up for blackouts over the next three summers because of power shortages and extreme weather. Officials say the state could fall short by about 1,700 megawatts this coming year, roughly enough to power 1.3 million homes. They further warn of that gap widening to about 1,800 megawatts by 2025, even without factoring in risks that could take down power lines, like extreme regional heat waves or wildfires, reports Bloomberg Green.

“We continue to see that climate change conditions are impacting our energy system in unprecedented ways,” California Public Utilities Commission President Alice Reynolds said. “We know that reliability is going to be difficult in this time of transition.”

California was able to avoid blackouts last summer by declaring a grid emergency to free up additional resources, but it still struggles to meet electricity demand on hot evenings when air conditioning use stays high while solar production wanes off. The state has ordered utilities to offset the strain during periods of peak demand by storing power in batteries, but global supply chain issues have delayed about 600 megawatts of clean energy projects this year.

Electricity supply is being further strained by widespread drought in the region that is limiting the output of hydroelectric generation, Bloomberg Green writes. And lower than average predictions for snowmelt are foiling any promise of water relief, according to S&P Global.

California is already in the process of shifting its grid to carbon-free electricity, and at times it exceeds its 2030 target of 60% non-carbon energy generation. But as the state builds up its renewable infrastructure it is also closing existing power plants, which affects energy supply. Planned shutdowns of old power plants will take 6,000 megawatts of power off the grid by 2025, says the Associated Press.

The lagging pace of renewable energy development has some utilities concerned.

“We need to make sure that we have sufficient new resources in place and operational before we let some of these retirements go,” said Mark Rothleder, chief operating officer of the California Independent System Operator, which operates the state’s power grid. “Otherwise, we are putting ourselves potentially at risk of having insufficient capacity.”

Regulators are also exploring new approaches to acquiring electricity. Texas is now debating what the Wall Street Journal calls “a major philosophical shift” for its power market: paying power generators ahead of time for resources that might be needed, instead of just compensating them for actual power sold. Conventional power plants would benefit from such a move, but the idea has prompted pushback from some renewable companies that are proposing more incentives for batteries, small gas turbines, and other technologies capable of quickly ramping up to meet increases in electricity demand.