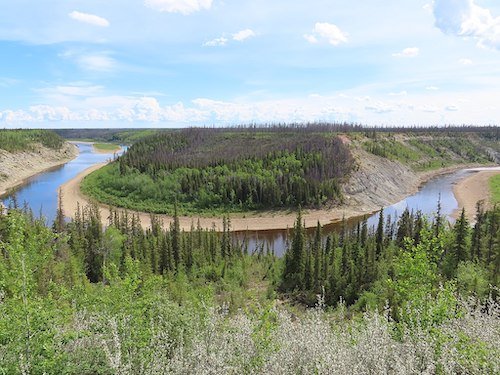 Canada’s territorial premiers are calling on the federal government to increase funding for clean energy projects and climate change adaptation.

As an example, during a news conference Monday following the meeting, Cochrane said communities along the Hay River in the Northwest Territories had been placed on evacuation alert or order due to flooding. She said 250 families had been evacuated so far.

The territories are doing their part, the premiers added, but they need more federal collaboration and investment to meet climate action targets.

“Caroline (Cochrane) has said this so many times in so many meetings, but no decisions about us without us, and that is extremely important when it comes to mitigating the effects of climate change,” Silver told media.

He said the premiers have not yet determined how much federal funding will be needed.

“It’s not necessarily a dollar value,” he explained. “It’s a concept of baseline funding.”

In a separate release, the Yukon government said all the decisions reached at the forum will be raised later this summer at the Western Premiers’ Conference, then again at the Council of the Federation, when all Canada’s premiers gather.

“It’s time to make sure the federal government and all premiers across Canada, and internationally, start putting their money where the buck is and start to address it properly,” Cochrane said.