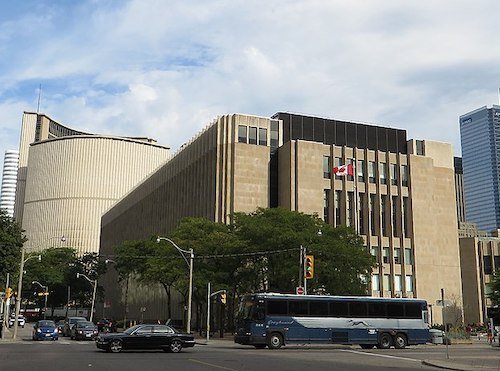 The Doug Ford government in Ontario is relying on a “known climate change denier” to defend against a youth-led constitutional challenge to its climate change policies, Toronto-based Environmental Defence Canada contends, citing one of two affidavits filed as part of the province’s response to the case.

“This Ontario government has been playing pretend on climate for years, and now we know why,” EDC Programs Director Keith Brooks said in a release this week. “The government is apparently not convinced by the scientific consensus on climate change, or that Ontario has a role to play in reducing Canada’s or the world’s greenhouse gas emissions.”

Environmental Defence is taking issue with affidavits [pdf] sworn in late February by William van Wijngaarden, a physics professor at York University, and Philip Cross, a senior fellow at the Macdonald-Laurier Institute.

Van Wijngaarden is affiliated with the Arlington, Virginia-based CO2 Coalition, whose stated purpose in 2015 was to “engage thought leaders, policy makers, and the public in an informed and dispassionate discussion about the important contribution made by carbon dioxide and fossil fuels” and “shift the debate from the unjustified criticism of CO2 and fossil fuels”.

The affidavits from van Wijngaarden and Cross, who spent three dozen years at Statistics Canada specializing in macroeconomics, have Environmental Defence accusing the province of relying on a “new climate denialism” to fend off a court case by seven youth plaintiffs that has already broken new legal ground.

The youth—Sophia Mathur, Zoe Keary-Matzner, Shaelyn Hoffman-Menard, Shelby Gagnon, Madison Dyck, Alexandra Neufeldt, and Beze Gray—first launched their action against the Ford government for “tearing up the province’s climate laws and violating their Charter rights to life, liberty, and security of the person” in November, 2019. They’ve been racking up procedural wins ever since.

In November, 2020, the Superior Court affirmed their right to pursue the case, with a ruling that the climate crisis does threaten fundamental rights protected under the Charter of Rights and Freedoms, and Canadian citizens can therefore challenge their governments’ climate failures on constitutional grounds. When the province asked permission to appeal that ruling, a judge refused, Ecojustice reported in March 2021.

With those rulings, “Mathur et. al. has now progressed further in the courts than any other rights-based climate lawsuit in Canada,” the environmental law charity writes.

In his affidavit, van Wijngaarden says Ontario generated only 0.35% of global carbon dioxide emissions, a contribution that “is dwarfed by that of other countries, especially China, the USA and India”. He characterizes CO2 a “an odourless, invisible gas that plants use for food,” and that greenhouse growers routinely add to promote plant growth. He claims that atmospheric CO2 levels have become saturated, so that further emissions won’t drive up global temperatures or lead to more extreme weather—contrary to research results from the vast majority of the world’s climate scientists.

Cross says Ontario’s emissions won’t have a “decisive impact” on Canada’s ability to meet its climate targets, despite analysis showing the province committed to just 11% of the emission cuts that will be needed to meet the federal target. He also argues in his affidavit and elsewhere that energy transitions can only happen over long spans of time, despite the rapid surge in renewable energy and energy storage, the potential for energy efficiency to achieve the same—and the urgent need to get this transition done faster than he deems possible.

“The choice of expert witness reveals a fact that should be shocking to Ontarians: our government doubts the science on climate change and doesn’t really believe that the province has a responsibility to act,” Brooks said in the EDC release. “This is profoundly worrisome given that scientists tell us we’re in a critical decade for climate action.”

Even in its court challenge to the federal carbon pricing plan, Ontario acknowledged the reality of climate change, and it didn’t question its own responsibility to take action, Brooks told The Energy Mix in an interview. In the latest case, “I don’t know if it’s the best defence they have, but it’s the defence they’ve chosen,” he said. “I guess they’re looking for a way to excuse themselves of responsibility by saying either that climate change isn’t real, or if it is real, that there’s nothing we can do about it and therefore they’re not responsible.”

Ontario is expected to file its final defence in the next few months.

Ministry of the Attorney General spokesperson Brian Gray declined to comment on the case while it’s before the court.

“The applicants are asking for a stronger target for the province and for a credible plan to fight climate change,” he said. With all the opposition parties declaring more ambitious targets and laying out elements of their climate plans,  “it may be that that would be sufficient” to end the lawsuit, though “there would still be work to be done to hold any government to account for following through on its promises and increasing ambition.”