Europe to Reach 142 GW of Electrolyzer Capacity by 2030 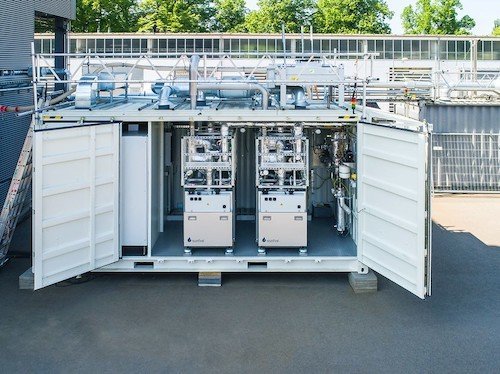 Europe will have 142 GW of electrolyzer projects operational by 2030, according to one estimate.

The global electrolyzer database compiled by Aurora Energy Research estimates that the pipeline is more capacity than the new pledge contained in the REPowerEU plan released by the European Commission, ReNews reports, in a post republished by the Institute for Energy Economics and Financial Analysis. The EU target is designed to reduce dependency on Russian gas as a result of the war in Ukraine.

The war has resulted in a sharp increase in gas prices, pushing up the cost of producing “blue” or “grey” hydrogen, but Aurora predicts green hydrogen costs will fall this decade as a result of technology developments and maturation of the industry. The report predicts green hydrogen will reach cost parity with blue hydrogen in some European countries by 2030.

Aurora says current and planned manufacturing capacity for electrolyzers can meet Europe’s target, but satisfy only two-thirds of the global pipeline planned for delivery by 2030.