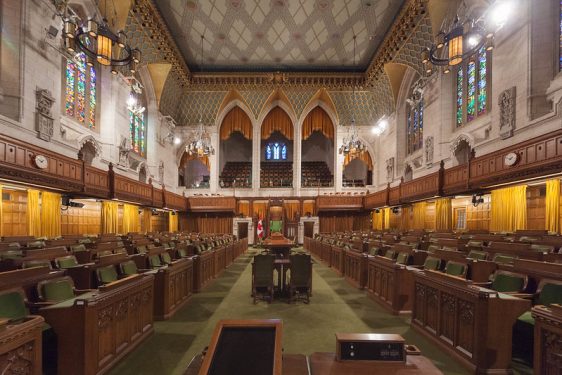 Thirteen years ago, as part of a commitment made by all G20 nations, Canada began promising to scrub out all inefficient fossil fuel subsidies from the government’s books.

The commitment has been made in every G20 communique since, found its way into the 2015 Liberal election platform, and in 2016 the Liberals set a deadline to do it by 2025.

As an election promise last fall, Prime Minister Justin Trudeau moved that up to 2023.

But what exactly is an “inefficient fossil fuel subsidy”?

“The work to put parameters around the definition of inefficient is ongoing,” said Hilary Geller, an assistant deputy minister for strategic policy at Environment and Climate Change Canada, on Thursday.

Geller was among several environment and finance officials appearing at the House of Commons environment committee, which is in the midst of a study of fossil fuel subsidies.

She said the work is supposed to be done “in time to have the phaseout” of the subsidies by the end of 2023. But when exactly the definition will be ready is “unclear at this time.”

Conservative MP Colin Carrie was puzzled by the admission.

“How can you eliminate a subsidy if you can’t define it?” he wondered.

Geller said it isn’t as if the government is working blind.

“The government, I think, can be clear on what an inefficient fossil fuel subsidy is not,” she told Carrie.

She said the G20 commitments are clear that the subsidies don’t include programs for reducing greenhouse gas emissions or developing and installing renewable and clean energy sources.

Environmental advocates want the government to consider any federal aid given to fossil fuel companies to be an inefficient subsidy. Natural Resources Minister Jonathan Wilkinson made clear last fall that aid to help companies reduce greenhouse gas emissions would not be considered “inefficient.”

But landing on the definition to show exactly where the line is drawn has proven tricky.

NDP MP Laurel Collins, for example, asked if the new carbon capture and storage tax credit—which she opposes—would only be given if companies don’t increase their production after they get the equipment.

The tax credit, introduced in the spring budget, has no such restrictions. Collins pointed out that even if the emissions from producing the oil are trapped, emissions still arise when the products are used.

Last fall, environment commissioner Jerry DeMarco criticized an aid program to help oil and gas companies cut methane emissions to meet new federal regulations. He said the program allowed more than half of the companies to increase their production, and it didn’t account for the increased emissions when that extra fuel was burned.

Canada has consulted for years seeking to define which subsidies it needs to eliminate. In 2018, it launched a G20-approved peer review with Argentina to examine each other’s programs to identify the subsidies that should be phased out.

Similar reviews done by China and the United States, Germany and Mexico, and Indonesia and Italy were completed in under two years.

On Thursday, Miodrag Jovanovic, an assistant deputy minister for tax policy at the Department of Finance, told the committee that Canada and Argentina likely won’t complete theirs until the end of 2023.

Julia Levin, national climate program manager at Environmental Defence, said that timeline means it’s unlikely any subsidies identified by the review will be eliminated by the end of next year.

In 2019, the auditor general blasted the federal government for refusing to provide documents to review any progress Canada had made eliminating the subsidies. Jovanovic said Thursday Canada has cancelled nine tax-related subsidies for fossil fuels since 2009, with the last one on its way out after this year’s federal budget.

That is a tax program allowing oil, gas and coal companies to use flow-through shares to pass certain tax deductions on to investors.

Jovanovic said there is no ambiguity in defining a fossil fuel subsidy for Finance Canada: it’s any tax measure that supports fossil fuel consumption or production.

It’s the “inefficient” part where there is disagreement, he said.

This report by The Canadian Press was first published May 6, 2022.