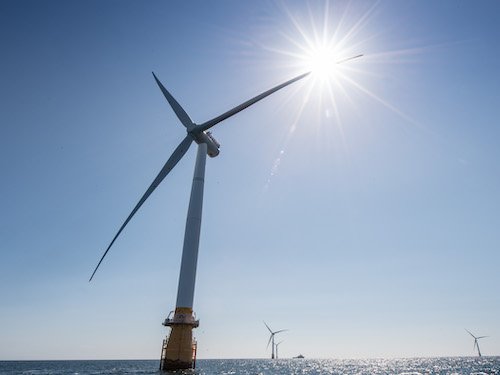 The clean energy transition stands to suffer a major blow as wind turbine manufacturers struggle to maintain profitability due to vanishing subsidies, high materials costs, and supply chain issues worsened by the war in Ukraine.

“The risk is we’re not on track for net-zero,” he said. “And the other risk is that the supply chain contracts, instead of expanding.”

Wind power’s prospects have largely been viewed optimistically and the industry is expected to play an important role in a global transition to renewables. The International Energy Agency says the world needs to add 390 gigawatts of wind capacity per year by 2030 to keep average global warming below 1.5°C, but only a quarter of that was achieved in 2021, Bloomberg Green reports.

Then manufacturers started developing ever-larger turbines that would capture more wind and drive down the cost of wind-generated electricity, but they’ve been costly to introduce. With the industry’s unstable prospects for future work, there’s no strong incentive for investors, Bloomberg states.

“The risk is that we will not have suppliers ramping up,” said Martin Neubert, chief commercial officer at Ørsted AS, the world’s largest developer of offshore wind farms. “We will have a shortage in terms of supply for meeting global demand.”

The global shock to supply chains following Russia’s invasion of Ukraine is also harming the wind power industry by driving up the cost of raw materials and freight. That has Vestas, the world’s largest wind turbine maker, slashing its 2022 margin forecast after posting deep first-quarter losses. The company reported costs of €401 million (C$542 million) to dispose of its Russian assets, and an additional €176 million in writedowns and warranty provisions. The situation overall raises red flags for the wind industry’s future prospects, reports Reuters.

“We’ve seen similar things at its competitors and it shows an unhealthy race, which means the turbine makers don’t make enough money on their products and can’t sell them for long enough,” Sydbank analyst Jacob Pedersen told the news agency.