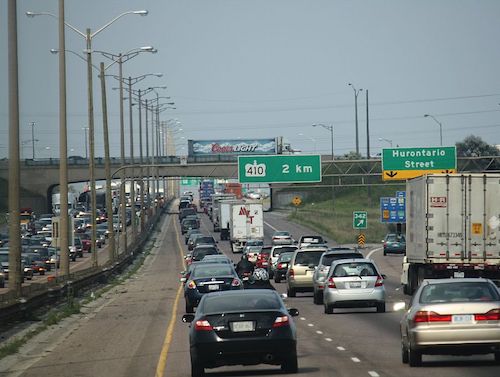 The City of Hamilton’s decision to freeze its urban boundary has become an issue in Ontario’s provincial election, with the incumbent Progressive Conservatives denouncing it as municipal overreach and the opposing New Democrats defending it as local democracy in action.

In November, Hamilton city councillors voted 13-3 to reject an expanded urban boundary, preventing sprawl into surrounding farmland. But that was far from the end of the story, writes the Hamilton Spectator.

The council’s emphatic endorsement of a boundary freeze occurred despite an op-ed that Municipal Affairs and Housing Minister Steve Clark penned for the Hamilton Spectator a few days before the vote. Clark rebuffed the idea as “unrealistic” and “irresponsible,” and warned that it would produce a “shortfall of nearly 60,000 homes.”

Then in early April, area MPP Donna Skelly (PC, Flamborough-Glanbrook) called the decision an example of “an anti-housing and anti-growth ideology” during her promotion of Bill 109, the More Homes for Everyone Act.

Consisting of a “suite of measures meant to increase Ontario’s housing supply by slashing through municipal red tape,” writes the Spectator, Bill 109 contains a provision that allows Queen’s Park to send official city plans like Hamilton’s to the Ontario Land Tribunal (OLT), designated in the Bill as “an impartial adjudicator, for review.

Writing before Bill 109 became law, Clark said he might do exactly that with Hamilton’s city plan.

Noting that Clark already has the authority to reject official plans, Hamilton Mayor Fred Eisenberger said the Ford government wanted to use the OLT as a proxy while appearing to “keep their hands clean.”

Hamilton chief planner Steve Robichaud told the Spectator the city would need to double or triple its current staff of 30 members to avoid the late penalties contained in Bill 109, particularly since 2019, when the Ford government “shortened timelines for municipalities to process applications: to 120 days from 210 for official plan amendments, and to 90 days from 150 for zoning changes.”

Out on the campaign trail, opposition candidates and leaders stand squarely with Hamilton’s decision to freeze its boundary, with Andrea Horwath’s New Democrats pledging to “encourage responsible development within existing urban boundaries, while protecting farmland and natural heritage from wasteful sprawl.”

The Spectator writes that Liberal leader Steven Del Duca “blasted the Tories” for what he said was “a four-year track record of consistently meddling in municipal responsibilities.”

Back in Hamilton, local environmental activist Don McLean derided the decision to funnel city applications through the OLT as the very definition of a red tape generator.

“It’s an absurd situation to have cities the size of Hamilton unable to make a decision that is not overridden by the provincial government.”