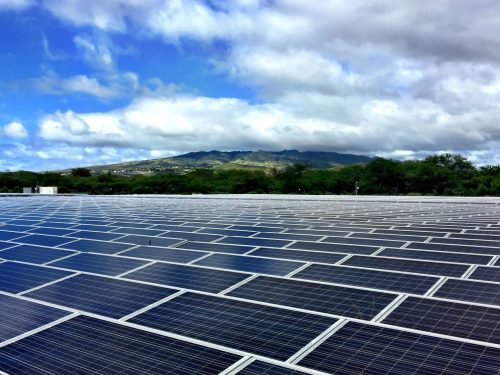 The world’s biggest solar+storage project is expected to include 20 gigawatts of solar capacity and 42 gigawatt-hours of battery capacity, enough to reduce greenhouse gas emissions by 480 million tonnes per year, according to environmental impact documents filed last week with an Australian regulator.

With backing from backed by billionaires Mike Cannon-Brookes and Andrew Forrest, the Sun Cable project will include an 800-kilometre, 6.4-gigawatt transmission line from the Powell Creek project site to Darwin, “which will run along the corridor of the main north-south railway line,” as well as a solar factory in the Darwin region, the news story states. “The plan is to provide power to Singapore via a 4,200-kilometre subsea cable, but also to boost the local manufacturing industry to mop up the surplus of low-cost solar power that will be delivered into Darwin.”

The project is expected to create 2,850 jobs during a four-year construction period, then 450 to 550 permanent positions after it goes into operation.