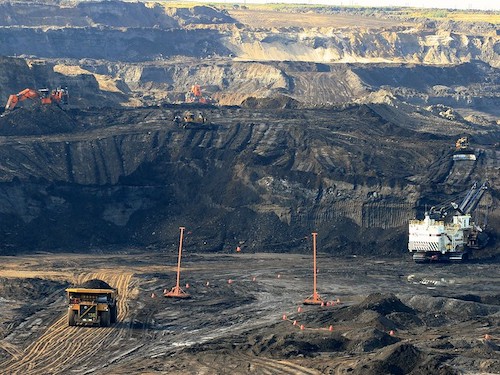 “It has become easier to imagine the end of the world,” a cultural theorist once observed, “than the end of capitalism.”

In Canada, it’s become easier to imagine the end of the world than the end of fossil fuels.

I recently testified before the House of Commons Standing Committee on the Environment and Sustainable Development as part of its study on fossil fuel subsidies. Here are the key takeaways for Canadians.

Most Canadian politicians still don’t understand the most important thing about fossil fuel subsidies: Eliminating all financial support for the fossil fuel industry, I told the committee, is a necessary first step in completely phasing out fossil fuel production and consumption in Canada.

One committee member was quick to indicate that he didn’t “necessarily agree” that a complete fossil fuel phaseout was necessary. “Do you really believe that?” another committee member asked me.

I believe in basing our climate policies on independent peer-reviewed climate science. Independent peer-reviewed climate science tells us that to have a 50% chance of limiting global warming to 1.5°C above the pre-industrial norm, rich “producer countries” like Canada must cut oil and gas production by 74% by 2030, and completely phase out production by 2034.

Similar modeling shows that 83% of Canada’s oil reserves must remain in the ground to have 50-50 odds of meeting the Paris climate agreement’s 1.5°C target.

There’s no global carbon budget loophole for Canada. The world has to get off fossil fuels, and rich countries like Canada that have contributed disproportionately to climate change are obligated to lead the way.

EDC claims its financial support to the industry doesn’t amount to a “subsidy.” EDC also claims it’s unaware of any well-established international definitions of a “subsidy.” The agency made this astonishing claim despite my testimony and the testimony of another climate policy scholar that the World Trade Organization and the United Nations Environment Programme have long defined a “subsidy” as (1) a financial contribution (2) by a government or any public body (3) that confers a benefit to a company or sector.

Yet, even when the committee brought this well-established definition to EDC’s attention, EDC doubled down on its Orwellian claim that it doesn’t subsidize the fossil fuel industry. EDC would have Canadians believe that the C$5.149 billion it provided to the Canadian oil and gas sector in 2021 isn’t a “subsidy” as EDC alone decides to define the term, so it’s totally fine.

Neither the EDC nor the majority of the House committee seem aware of the UN Intergovernmental Panel on Climate Change’s (IPCC) most recent report on climate change mitigation. Removing all financial supports for fossil fuel production and consumption would, according to the IPCC’s synthesis of the best available climate science and policy evidence, reduce greenhouse gas emissions, increase public revenues and macroeconomic performance, and yield other environmental and sustainable development benefits.

I concluded my testimony before the committee by spelling out the three most important implications for Canada’s climate and energy policy.

First, the government must cancel the Trans Mountain pipeline expansion and the Bay du Nord offshore oil project, and say no to any additional fossil fuel production in Canada.

Second, the government must close the loopholes in the federal carbon price for heavy industrial emitters, which amount to a significant fossil fuel subsidy. According to the Commissioner of the Environment and Sustainable Development’s recent independent audit, heavy emitters are paying only a fraction of the federal carbon price.

Third, the government must rescind its investment tax credit for carbon capture, utilization, and sequestration (CCUS) technology, the largest single piece of “climate policy” spending in the recent federal budget. These and all other fossil fuel subsidies should be redirected to renewable energy, electrification, energy efficiency, and nature-based solutions to climate change.

Time to Wake Up and Listen to the Science

Tuesday, May 3, is the National Day of Action on Ending Fossil Fuel Subsidies. I urge all Canadians to attend the virtual town hall meeting and demand that our elected officials and government agencies like EDC align our laws and policies with independent climate research.

During my testimony before the House committee, I learned that the Minister of Natural Resources Jonathan Wilkinson justified the government’s refusal to meet with Canadian climate science and policy scholars because—his words—“the 400 were not experts in the field.”

The truth is that the government’s mind was already made up by the oil and gas sector, and it had little choice but to ignore our independent and inconvenient truth. Canada is sleepwalking toward a climate catastrophe. It’s up to Canadians to demand that the government wake up, listen to the best available climate science and policy evidence, and begin imagining a Canada without fossil fuels.

Dr. Jason MacLean is professor in the Faculty of Law and the School of Environment and Sustainability at the University of New Brunswick.