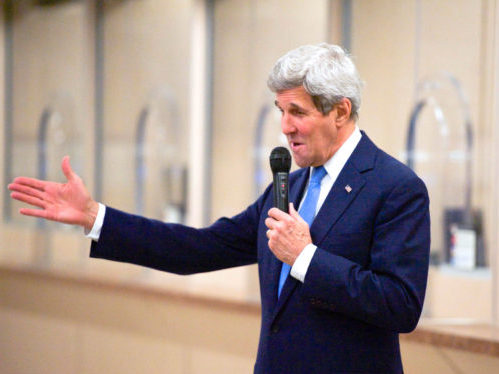 The world can’t afford to rely on natural gas beyond the next decade unless its greenhouse gas emissions are fully captured, U.S. climate envoy John Kerry warned late last month.

“If you can capture the emissions—literally, genuinely—then you’re reducing the problem,” he said. But “we have to put the industry on notice: You’ve got six years, eight years, no more than 10 years or so, within which you’ve got to come up with a means by which you’re going to capture, and if you’re not capturing, then we have to deploy alternative sources of energy.”

Kerry told Bloomberg TV that fossil gas can’t be part of a long-term climate strategy without emission control technology—even at a moment when, as the news agency observed, “the world’s climate goals are overshadowed by a short-term push to steer natural gas to European countries and help wean them off Russian [fossil] energy.”

Changes in Atlantic Current May Fall Within Natural Variability