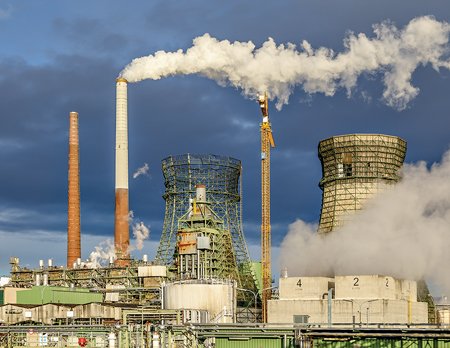 Germany is “very, very close” to declaring independence from Russian oil, vice-chancellor and economy and climate minister Robert Habeck declared last week, after Russian state fossil Gazprom cut off gas deliveries to Poland and Bulgaria over their “failure” to pay for the product in rubles.

“Germany has reduced its dependence on Russian crude oil from 35 to 12% and will take steps to replace the remaining deliveries to the Russian-operated Schwedt refinery within the next days,” Clean Energy Wire reports.

“We are united in the EU and between Germany and Poland,” Habeck said, during an April 26 visit to Warsaw. “We must quickly free ourselves from the grip of Russian imports.”

The deal clears the way for an EU oil embargo on Russia in the coming days, Euractiv writes. “Germany, the EU’s largest state, had been considered the pivotal hold out on harder-hitting energy sanctions alongside Hungary, citing dangers to its economy. But work on designing the sanctions smartly has been progressing behind the scenes in Brussels.”

Officials “are working on a sixth sanctions package, and one of the issues we are considering is some form of an oil embargo,” said European Commission Vice-President Valdis Dombrovskis. “When we are imposing sanctions, we need to do so in a way that maximizes pressure on Russia while minimizing collateral damage on ourselves.”

In their response to Russia’s brutal invasion of Ukraine, European countries’ attempt to impose economic pain on President Vladimir Putin and his regime have been limited by their own deep vulnerability to rising oil and gas prices. Those increases have doubled Russia’s oil income since the invasion began, even though production volumes have decreased, the Centre for Research on Energy and Clean Air (CREA) reported last week.

In Germany, “the remaining Russian imports supply the Schwedt refinery in eastern Germany,” Politico explains, citing Habeck’s news conference, “as other sites had already switched to alternative suppliers. Schwedt, which is run by Russia’s state-owned Rosneft, supplies the vast majority of the Berlin-Brandenburg capital region with fuel. A lack of oil infrastructure linking the former West and East Germany means the country’s eastern states would have been hit especially hard by an import stop,” but now that supply bottleneck is close to being solved.

So now, dealing with that problem “has become manageable for Germany,” Habeck declared. “Rosneft’s business model is to buy Russian oil, and that is exactly the bone of contention: If we don’t want Russian oil anymore we need an alternative for Schwedt.” Finalizing that alternative “is the task of the next days—and yes, I hope only days.”

Germany has also reduced its reliance on Russian gas from 55 to 40%, and hopes to have a new floating liquefied natural gas (LNG) terminal in place in the northern region of Schleswig-Holstein by next year, Politico writes. “Concerning gas, we are working hard to overcome the high dependency that Germany had—and that was a mistake—by building up LNG capacity,” Habeck said.

But Europe’s short-term scramble doesn’t support the endless spin and advocacy that North Americans have been hearing from a fossil industry intent on translating Europe’s pain and Ukraine’s agony into a wave of new oil and gas extraction. An analysis last month showed the U.S. would need no new export capacity to help Europe end its dependence on natural gas from Russia, and the EU itself is treating the war as a prompt to speed up its transition off fossil fuels.

U.S. Energy Secretary Jennifer Granholm struck a similar tone last week, speaking to a livestream hosted by the First Nations Major Projects Coalition during its conference in Vancouver. Granholm said she was “one thousand percent” behind a binational approach to energy concerns, including a focus on the critical minerals required to manufacture electric vehicles.

Speaking to an audience more known for its interest in fossil fuel megaprojects, Granholm added that “it’s the cost, but it is also the security crisis in Ukraine. It just makes us all want to work even harder to accelerate the clean energy transition and to bolster the supply chains that depend on our allies alone, so we can be much less vulnerable to being under the thumb of petro-dictators like Putin.”

Behind the industry messaging, that reality seems to have landed with fossil executives, as well. After Canadian Natural Resources Minister Jonathan Wilkinson pledged more oil for Europe in late March, a senior fossil spokesperson said the industry might not be in a position to fulfill the promise.

While Wilkinson was offering based on “the potential capacity, it’s not necessarily what industry would do. Other challenges and concerns include inflation costs, access to rigs, labour costs,” said Ben Brunnen, vice-president of oilsands, fiscal and economic policy for the Canadian Association of Petroleum Producers. “So even if a company was encouraged to increase their production they might not do it, because the economics might not make sense.”

More recently, the New York Times reports that the U.S. fossil sector has been just as hesitant to commit. “You had this bombastic, chest-pounding industry touting itself as the reincarnation of the American innovative spirit,” said Jim Krane, an energy specialist at Rice University’s Baker Institute for Public Policy. “And now that they could be leaping into action to pitch in to bring much-needed oil to the world, they are being uncharacteristically cautious.”

U.S. fossils’ oil output “is essentially flat and unlikely to increase substantially for at least another year or two,” the Times says. That’s because fossil executive and their Wall Street backers “are not sure that prices will stay high long enough for them to make a profit from drilling lots of new wells. Many remember how abruptly and sharply oil prices crashed two years ago, forcing companies to lay off thousands of employees, shut down wells, and even seek bankruptcy protection.”

“These are multi-billion-dollar projects. And we have to have certainty that they are investable, and that we can manage those investments over the entire commodity price cycle,” he said.

His solution, of course, was to have governments absorb that risk on fossils’ behalf with even more generous subsidies.