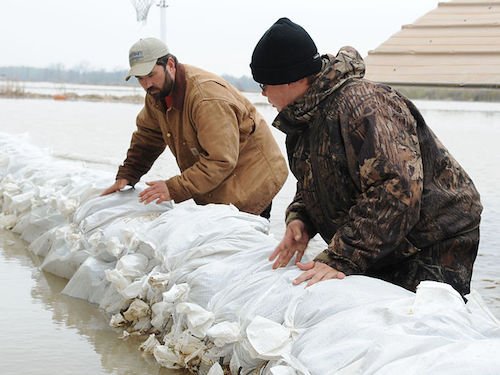 Disheartened Winnipeg residents wringing out their homes in the wake of last week’s deluge of rain are turning to neighbours and community groups for support as the municipality’s response fall short.

Though the City of Winnipeg says its staff are pulling out all the stops to help people deal with flooding, residents say otherwise, reports the CBC News.

ICU nurse Amber Anderson, who came home to a flooded basement after a 12-hour shift, said the city could have prevented the worst of the flooding by hiring more snow plow drivers to clear snow. She also panned the local effort to supply sandbags, noting that when she arrived at a designated pickup spot, she found all the sandbag “ripped open and shredded.”

Noting that she had been finding help and comfort through community groups she learned about online, Anderson said such groups have become necessary “because there’s [a] lack of governmental support in general.”

“Those are the people that we go to when we need help, because we know that the city and no other person is going to come and help us,” she said.