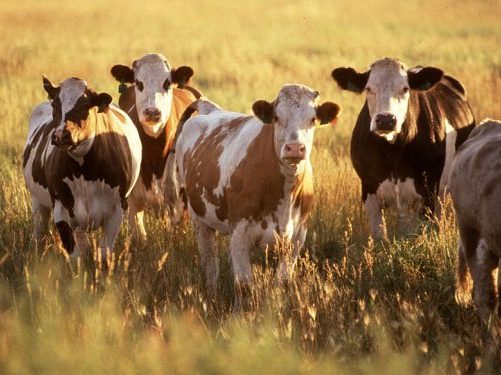 Meat consumption continues to accelerate despite comprehensive studies showing it is terrible for the climate, environment, and human health—a trend that bodes ill for all three, writes CTV News, citing a study by agricultural economists Matin Qaim and Martin Parlasca just published in the Annual Review of Resource Economics.

“If all humans consumed as much meat as Europeans or North Americans, we would certainly miss the international climate targets and many ecosystems would collapse,” Qaim said in a release.

The new study found that, without a serious correction, demand for meat will continue to rise out to 2050, despite overwhelming evidence connecting a meat-heavy diet with chronic disease.

The researchers also found that producing one kilogram of beef generates 10 times more emissions than an equivalent amount of rice.

As drought and extreme heat, as well as floods and high winds, worsen in many of the world’s most important “bread baskets,” food insecurity is deepening with the climate crisis, the study warns.

“We therefore need to significantly reduce our meat consumption, ideally to 20 kilograms or less annually,” Qaim said. “The war in Ukraine and the resulting shortages in international markets for cereal grains also underline that less grain should be fed to animals in order to support food security.”

Despite the urgent need to cut global per capita meat consumption, both for climate and ecosystem health, Qaim and Parlasca do not advocate global vegetarianism, observing that livestock will remain a primary source of nutrition in parts of the world where ecosystems just can’t support intensive agriculture (such as the semi-arid Sahel).

Livestock also tend to be a critical source of income and economic independence, especially for women. “If the revenue from milk, eggs, and meat is lost, this can threaten their livelihoods,” Parlasca said.

Rather than pushing for vegetarianism for all, says the new study, policy-makers should target factory farming—a system which ravages the environment while doing very little for social equity—and meat consumption in the West should be taxed heavily.

Qaim calculated that a 10 to 20% surcharge on meat would be the minimum needed to steer behaviour. That amount would be “certainly unpopular,” but “entirely reasonable and fair,” he said, as consumers would share more of the steep environmental costs of the steak on their plates.

Speaking of steak, research just published in Nature Food cites lab-grown meat as one of several high-tech solutions being pursued in the urgent search for a “greener” human diet.

In addition to petri-dish hamburger, scientists at the University of Helsinki believe that edible algae, protein powders made from microbes, and ground-up insects may yet find a place in our larders, helping to cut humanity’s food-related impacts on the planet by as much as 80%, reports the BBC. But again, so will a comprehensive—if not global—switch to a plant-based diet.

Rachel Mazac, University of Helsinki doctoral student in sustainability, found that reducing consumption of animal-sourced foods by 75% would lead to “an approximately 75% reduction” in negative impacts on climate, and in land and water use.

Loss of Honeybee Fertility During B.C. Heat Wave Raises Alarms for Other Species