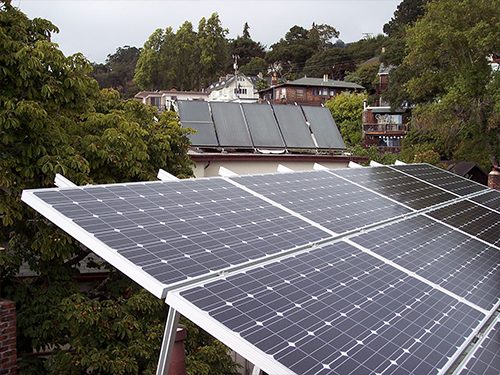 Florida Governor Ron DeSantis has unexpectedly vetoed a bill that would have slashed the rates that utilities have to pay rooftop solar owners who sell their surplus power back to the grid, a move that would have devastated the solar industry in the U.S. jurisdiction known as the Sunshine State.

“The original text of the bill, which was amended in the state legislature in March, was largely written by lobbyists for Florida Power & Light, the state’s biggest utility,” Canary Media reports, citing an investigation last December by the Miami Herald and Floodlight. It would have reduced utility payments to solar owners from 11¢ to 2¢ per kilowatt-hour between 2024 and 2029.

DeSantis, who is widely expected to seek the Republican presidential nomination in 2024, cited rising gasoline and grocery prices as his reason to block the legislation. “The state of Florida should not contribute to the financial crunch that our citizens are experiencing,” he wrote in a four-paragraph veto letter.

The legislation, HB 741 and SB 1024, was not the first attempt by FPL and the state’s second-largest utility, Duke Energy Florida, to change net metering policies in the state.

“The utilities have argued that existing net metering policy unfairly shifts the costs of maintaining power grids to customers who lack solar,” Canary Media writes. “Similar arguments have driven utility efforts to reduce net metering compensation in many of the 47 states that now have some form of this rooftop solar policy, including the nation’s top solar state, California.”

Rooftop solar supporters maintain that utilities “have overstated the financial burdens that net metering policies impose on customers at large, and have underestimated the value that customer-owned solar provides in the form of locally generated, carbon-free energy,” adds Canary Media grid specialist Jeff St. John. “HB 741 opponents also pointed out that less than 1% of Florida’s 10.5 million electric customers have net-metered solar systems, well below the levels that could represent a significant financial burden on the rest of the state’s utility ratepayers.”

“The bill was heavily opposed by the state’s solar developers, who said it would have increased utility bills and ruined the cost proposition for distributed generation,” the industry newsletter writes. “A week after the state Senate passed the bill, a Sachs Media poll found that only 3% of Florida voters supported the legislation, while 86% wanted to see the measure vetoed.”

In the end, Florida solar advocates were pleased and maybe a bit surprised at DeSantis’ decision.

“We normally don’t attribute Gov. DeSantis with supporting positions that advance clean energy and the fight to combat the climate crisis, which is ravaging many coastal communities in Florida,” said Ken Cook, president of the non-profit Environmental Working Group. “But, in this instance, he made the right decision. It is imperative elected leaders and energy regulators in other states reject similar efforts to quash residential solar programs.”

“I’m glad the governor recognized the devastating impacts that HB 741 would have on our economy, work force, and energy freedom,” Katie Chiles Ottenweller, Southeast regional director at Vote Solar, said in a statement. “His decision to veto this bill will allow our industry to continue growing and give more homeowners in our state the chance to lower their electric bills with solar.”