1/3 of Ocean Species Could Disappear Unless Global Warming Curtailed 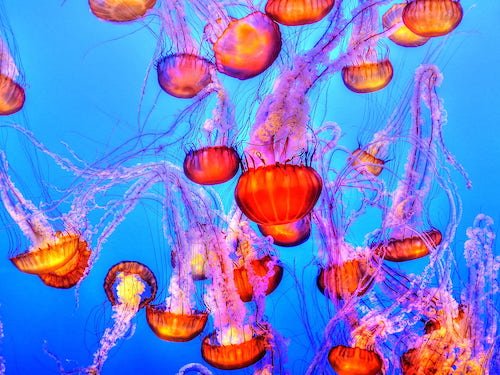 Roughly one-third of all ocean animals could disappear in the next 300 years if humanity doesn’t get its greenhouse gas emissions under control, concludes a new study published yesterday in the journal Science.

The news lands just a day after a separate assessment in the journal Nature concluded that more than one-fifth of the world’s reptiles, from king cobras to sea turtles, are also vulnerable to extinction.

The ocean study indicates that “warming waters are cooking creatures in their own habitats,” the Washington Post reports. “Many species are slowly suffocating as oxygen leaches out of the seas. Even populations that have managed to withstand the ravages of overfishing, pollution, and habitat loss are struggling to survive amid accelerating climate change.”

But even with the oceans absorbing one-third of the carbon and about 90% of the global warming produced by human activity, the study by Princeton University earth scientists Justin Penn and Curtis Deutsch concludes that not all is lost. “If the world takes swift action to curb fossil fuel use and restore degraded ecosystems, the researchers say, it could cut potential extinctions by 70%,” the Post writes.

Already, the study finds that ocean species from more temperate zones are fleeing to cooler waters as their regular habitats warm. But “polar creatures that can survive only in the most frigid conditions may soon find themselves with nowhere to go,” the Post says. “Species that can’t easily move in search of new habitats, such as fish that depend on specific coastal wetlands or geologic formations on the sea floor, will be more likely to die out.”

The reptile study—which involved nearly 1,000 scientists and 52 co-authors, and has been in development since 2005 due to funding challenges—assessed 10,196 species and classified 21% of them as endangered, critically endangered, or vulnerable to extinction, The Associated Press reports. Co-author Bruce Young, a zoologist at science non-profit NatureServe, put that down to a charisma gap between reptiles and other types of animals.

“There’s a lot more focus on furrier, feathery species of vertebrates for conservation,” he said.

That makes the study “a very significant achievement—it adds to our knowledge of where threatened species are, and where we must work to protect them,” said Duke University ecologist Stuart Pimm, who was not one of the co-authors.

“Similar prior assessments had been conducted for mammals, birds, and amphibians, informing government decisions about how to draw boundaries of national parks and allocate environmental funds,” ABC says.