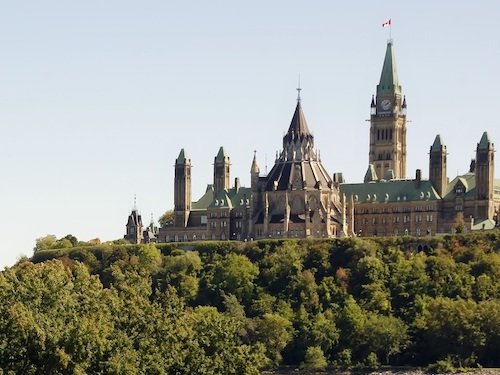 DeMarco was speaking at a news conference in Ottawa after releasing a series of five audits on the government’s environmental performance, CBC reports.

The commissioner “was perhaps most scathing in his assessment of the government’s hydrogen strategy, which he said is based on ‘overly optimistic’ assumptions that ‘compromise the credibility’ of the government’s entire emissions reduction plan,” the national broadcaster writes.

The government’s hope that hydrogen development can deliver up to 45 megatonnes of emission reductions by 2030 raises “concerns about their overall approach to climate modelling and emissions reductions in general,” DeMarco said. “Canada needs to be more upfront and transparent about their assumptions for what is quite an optimistic view of hydrogen’s role… They need to be realistic.”

Later Tuesday, Natural Resources Minister Jonathan Wilkinson maintained the hydrogen target in the climate plan is “feasible”, The Canadian Press reports. “We will be launching a process with the provinces over the next several weeks to align on some of these economic issues,” he told a hydrogen conference in Edmonton.

Environment and Climate Change Canada is calling for clean hydrogen technologies to reduce emissions by 15 megatonnes by 2030, while Wilkinson’s department, Natural Resources Canada (NRCan), foresees a contribution of up to 45 Mt, CBC writes. But DeMarco said both departments are relying on “unrealistic assumptions for modelling the potential of hydrogen,” adding that the “ambitious technology uptake” they’re projecting may not be realistic.

DeMarco pointed to the very large price spread that currently exists between “green” hydrogen produced from renewable electricity and “grey” hydrogen derived from fossil fuels, noting that almost all of the three million tonnes per year produced in Canada is of the high-emitting “grey” variety. The audit concluded there’s very little physical infrastructure in place to increase that production, and “while the government wants to supercharge the use of hydrogen to reduce emissions, it essentially has no plan to make that happen,” CBC says.

While NRCan wants hydrogen to deliver 15% of the emission reductions the country has promised by 2030, DeMarco said the department’s own internal numbers suggest a target closer to 0.5%. Officials did not find the lower figure “compelling”, he told media, so they built “more aspirational numbers” into the climate plan instead.

“In our view, this plan is not fully transparent because it includes assumptions that are not clear and relies on some policies that are not announced or in effect,” DeMarco said. That means there’s a “risk that Canada will not achieve its emissions reduction targets” if the government doesn’t “appropriately project hydrogen’s impact” in reducing carbon pollution.

DeMarco said the government has also been “slow off the mark” in introducing a just transition plan for workers and communities that depend on fossil fuel employment, and is woefully “unprepared” for the possibility of mass unemployment in the industry.

“He said the government’s recent approach to job losses in the coal industry—Ottawa is overseeing a full phaseout of coal-fired electricity by 2030—leaves much to be desired,” CBC writes. “Rather than develop a plan to address the specific needs of laid-off coal workers, DeMarco said the federal government relied largely on the existing employment insurance (EI) program. It needs to take a different approach for other emissions-intensive sectors that are expected to see job losses.”