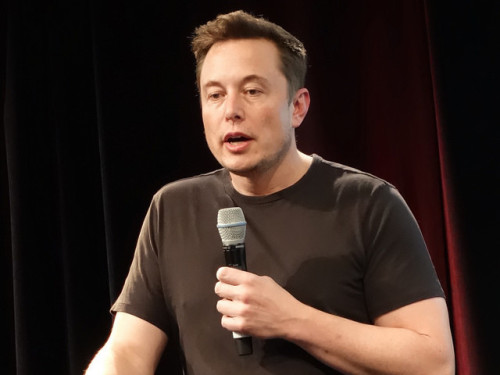 Elon Musk’s US$44-billion takeover of Twitter has the U.S. climate and social justice communities worrying that the Tesla CEO’s extreme view of “free” speech will allow disinformation to spread even more freely on a platform already known for its hands-off response to climate denial and other forms of trolling.

The deal has raised flags in all directions, with several news outlets and at least one U.S. Senate Democrat declaring Musk an “oligarch” and Tesla’s stock value down 12% Tuesday, for a total of 23% since he first announced he was increasing his financial stake in the social network.

Musk has complained that Twitter’s notably light-handed moderators have gone too far in regulating a platform he describes as “the digital town square where matters vital to the future of humanity are debated,” The Hill reports. Now he says he’s on a mission to “make Twitter better than ever by enhancing the product with new features,” such as “defeating the spam bots, and authenticating all humans.”

“It’s always a concern when an oligarch may be owning the town square,” retorted Sen. Jeff Merkley (D-OR). “I think we do need to pay a lot of attention to how it’s managed.”

“Musk purchasing Twitter is dangerous for our democracy,” agreed Sen. Elizabeth Warren (D-MA). “One billionaire should not be able to turn the world upside down just because he plays by a different set of rules.”

“He said he wants to make it this global message board. My first question to him, ‘Is your message board going to include Donald Trump?’” said Democratic Majority Whip Dick Durbin (D-IL). “That’s a key question. If he lets that man rant and rave on Twitter, it’s not in the best interests of America’s future.”

Outside the halls of Congress, Musk’s “public statements in support of a more absolutist idea of free speech are irking some progressive lawmakers and activists, who for years have complained that conspiracy theories and disinformation campaigns are running rampant online and are the true threat to American democracy,” Inside Climate News reports.

“Just last Friday, Twitter announced it would no longer allow advertisers on its site who deny the scientific consensus on climate change, following a similar move by Google back in October,” the award-winning U.S. climate publication adds. “That announcement was praised by environmental advocates, who say online disinformation campaigns paid for largely by the fossil fuel industry have undermined the ability for U.S. lawmakers to pass meaningful legislation to address global warming.”

Michael Khoo, climate disinformation coalition co-chair at Friends of the Earth U.S., said “strong guardrails against misinformation” are a key to developing sound climate policy, Inside Climate says. Khoo cited an instance when a photo taken in Sweden in 2016 was used to falsely blame renewable energy for the February, 2021 grid failure in Texas that killed about 250 people and produced massive blackouts during an epic cold snap.

“That didn’t stop it from becoming a dominant narrative, especially within the [Republican Party], and we saw a single post from a small corner of the internet expand to a larger audience and then make its way to Tucker Carlson,” Khoo said. “Then within four days, it became a talking point for the governor of Texas that renewable power was to blame. That kind of disinformation has real world implications when we’re trying to create new energy policies.”

In a statement Monday, one of the country’s leading civil rights groups urged Twitter’s new owner to strike the right balance between access and responsibility.

Inside Climate says there’s some possibility Musk’s arrival will help reduce the flow of hate speech and false information on Twitter—if he follows through on his promise to reduce the number of bots on the platform, and if he recognizes that unregulated social media sites also become toxic online environments. “At the end of the day, social media companies are a business,” Khoo told reporter Kristoffer Tigue, “and advertisers have clearly shown they don’t want to spend money on a toxic platform.”

Meanwhile, the early response to the Twitter deal is cutting into the value of the electric vehicle company that made Musk the world’s richest person. Tesla lost 12% of its value yesterday, or about US$126 billion, partly over concerns that Musk might sell some of his shares to pay for the takeover, Bloomberg Markets reports.

“The electric vehicle maker’s market capitalization is now down more than $275 billion since April 4, when Musk disclosed that he increased his Twitter stake,” the news agency writes. “That’s a drop of roughly 23%. The dollar value of Musk’s 17% stake in Tesla has shrunk by more than $40 billion, almost double the equity portion he pledged in the Twitter transaction.”