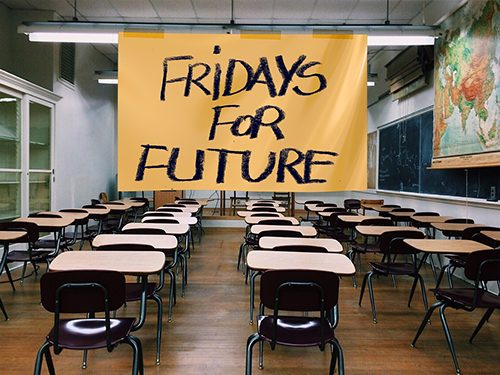 Keegan Newnham-Boyd, one of the rally’s three organizers, told CBC it was “a lot of inaction” from governments, as well as the private sector, and ordinary grown-ups that pushed them to take over the streets. “We know we have to make a difference, and since nothing else is happening, it’s come down to us.”

“We think that if we get out there, make all this noise, maybe it doesn’t change everything but a little change goes a long way,” Newnham-Boyd added.

But while the message at the rally was directed at adults in general, the main intended audience was the government. Telling CBC it’s time for policy-makers to protect the Earth, rally co-organizer Ella Bradford said she and her fellow students “would like to see more concrete action. So, things like phasing out fossil fuels, investing in more clean energy, and phasing out deforestation.”