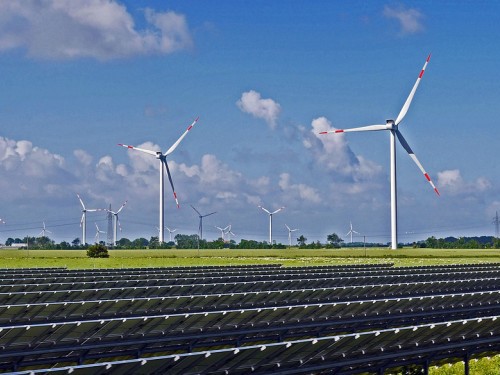 Germany produced 25% more electricity from wind and solar in the first quarter of this year as a result of unusually windy and sunny weather, when compared with the first three months of last year.

Renewables generated 74.5 billion kilowatt hours (kWh) in Q1, according to calculations by the German Association of Energy & Water Industries (BDEW) and the Center for Solar Energy & Hydrogen Research Baden (ZSW). The lobby groups say 54% of the country’s electricity came from renewable sources in January and February.

The German government is trying to increase its use of wind and solar power in order to reduce imports of fossil fuels from Russia, The Associated Press reports. Meanwhile, the 27-nation European Union agreed on a minimum price $65.90 per tonne of CO2, but Germany’s economy minister has suggested the carbon pricing scheme should be harmonized and expanded to other countries to avoid undue burden on the bloc’s economy.

Mid-Atlantic U.S. Utilities to Shutter 3.2 GW of Coal This Year