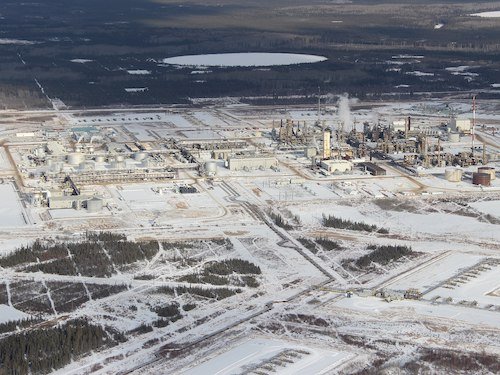 A decision just a decade ago to invest heavily in the Alberta tar sands/oil sands has turned out to be a big liability for the China National Offshore Oil Corporation (CNOOC)—and now the company is looking to sell off its Long Lake and Hangingstone operations before being hit by sanctions related to Russia’s war in Ukraine.

It was a big deal 10 years ago when then-prime minister Stephen Harper allowed CNOOC to acquire struggling Alberta fossil producer Nexen Inc. for a cool C$15.1 billion. But “today, China no longer covets the oil sands as it seeks to reduce risks associated with doing business in countries where it has been embroiled in diplomatic and trade battles,” the Globe and Mail recalls. “It shows in particular how Canada’s strategic energy resources have, in Beijing’s view, gone from premium assets to liabilities in just 10 years.”

Thomson Reuters says Russia-related sanctions are just the latest in a series of political risks that have caught CNOOC’s attention. “Ties between China and the West have long been strained by trade and human rights issues and the tension has grown following Russia’s invasion of Ukraine, which China has refused to condemn.” Now, “CNOOC is seeking to sell ‘marginal and hard to manage’ assets in Britain, Canada and the United States, the news agency writes, citing a senior industry source.