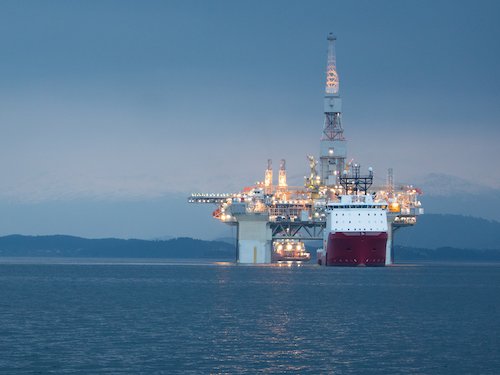 The federal and Newfoundland and Labrador governments are in a squabble over who will pay hundreds of millions of dollars in royalties on the Bay du Nord offshore oil development, even as Environment Minister Steven Guilbeault declares the controversial megaproject may be the last ever approved in the province.

The project, which received federal regulatory approval earlier this month, could make Canada the first country anywhere to pay international oil royalties under Article 82 of the United Nations Convention on the Law of the Sea, which “allows countries like Canada—known as ‘broad margin’ states that have larger-than-normal continental shelves—to extract offshore oil beyond their 200-nautical-mile limit,” CBC reports.

“That extraction comes with a catch: broad margin states must pay royalties on that oil, money which then gets redistributed to developing countries.”

CBC says the two governments haven’t agreed on who will foot the bill. Halifax-based consultant Michael Gardner told the national broadcaster the final tab could be in the hundreds of millions of dollars—enough to undercut the project itself.

“It all comes back down to, what are the production levels that you reach and what’s the price of oil?” he said. A levy on the project developer, Norwegian state fossil Equinor, is one option. But “at some point, if the operator is squeezed sufficiently, it no longer is an economic proposition.”

Provincial energy minister Andrew Parsons is taking the position that the federal government signed the Law of the Sea convention, so it’s responsible for payments under Article 82. But Armand de Mestrahl, a member of the Canadian team that negotiated UNCLOS in the 1970s, said Ottawa fought hard to get the provision into the agreement in the first place.

“People in Newfoundland… say, ‘They stole our rights away’,” he told Radio-Canada in an interview in French. “It’s easy to say that, but it’s almost petty because the federal government and the Canadian delegation put in incredible effort to ensure that the continental shelf would be recognized.”

Earlier in the week, Guilbeault wouldn’t rule out future oil and gas projects off the Newfoundland and Labrador coast, but said higher carbon prices and more stringent environmental standards would make them a lot less likely.

“It would be very difficult for a new project to pass the bar,” he told Radio-Canada.

“There is nothing at present that prevents a company from continuing to explore and develop a project,” he added. But “before such a project can be approved or not by the federal government, there are four or even five years ahead of us, and the more time passes, the more unfavourable conditions will be for oil projects.”

In a separate CBC interview, Guilbeault opined that “in an ideal world we could stop using fossil fuels tomorrow morning. That would be the best-case scenario.” But “the reality is that we can’t.”