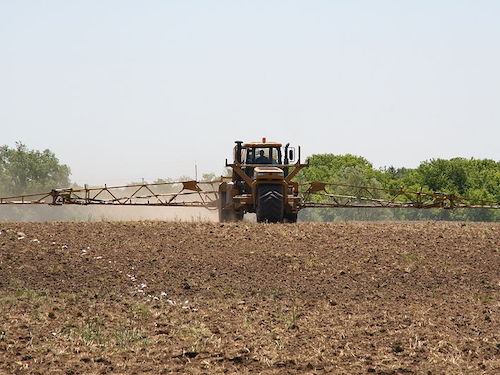 The fertilizer price crunch now plaguing farmers is reminiscent of the 1970s oil shock that led to greater energy efficiency in several industries, and could produce a similar shift in today’s agriculture sector—but that transition will have to be managed carefully to avoid further disrupting the global food supply.

“The Arab oil embargo brought the U.S. economy to its knees, but it also kick-started an energy conservation drive that reshaped the American auto and building industries,” recalls Bloomberg Green. “More efficient use of fertilizers could likewise yield big benefits for the planet.”

Costs for fertilizers like nitrogen, phosphorus, and potassium were already higher than usual leading into 2022 because of high demand for natural gas, storms that prompted plant closures in key fertilizer production regions, and disruptions in supplies from Belarus and China.

The Russian invasion of Ukraine has exacerbated the problems as sanctions on Russia—a major fertilizer-producing country—further reduces global fertilizer supply. Sanctions, in tandem with western banks and traders eschewing Russian supplies and shipping firms avoiding the Black Sea region, have pushed fertilizer prices to more than double what they were last year.

A similar crisis played out in the 1970s when the Organization of Arab Petroleum Exporting Countries (OPEC) imposed an oil embargo on western countries, which led to a massive spike in energy prices, Bloomberg notes. While the embargo had severe consequences for western economies, it was also a catalyst for several major sectors—including the auto and building industries—to prioritize energy efficiency in their production.

As a result, “Detroit’s Big Three introduced more compact, fuel-efficient cars,” and “advances in lighting, insulation, and appliances reduced home energy use,” the news agency writes. Overall, the global economy is now much less dependent on oil than it otherwise would have been.

The agriculture sector has drawn attention in recent years for its contributions to—and potential to reduce—the global greenhouse gas emissions driving climate change. Because a large share of those emissions is generated by fertilizer production, a shift towards efficient fertilizer management practices could have important implications for global climate action.

But because other food system shocks from extreme weather and drought already threaten food security, farmers will be seriously challenged to both reduce fertilizer use and produce more food. The spike in fertilizer prices is already threatening to cause a hunger crisis in Peru, where farmers have taken to blocking roads in protest.

“By using techniques such as rigorous soil testing and so-called precision agriculture, food producers can figure out just how much nutrition their land needs in a given growing season—and apply not a teaspoon more,” Bloomberg writes.

Research shows that more precise fertilizer applications could maintain yields with fewer inputs, and in turn also have beneficial environmental outcomes, though Bloomberg cautions that such a broad scale change will need to be done carefully to avoid negative outcomes.

Taking on such a massive change too quickly could lead to outcomes like those in Sri Lanka where, after the government abruptly imposed a ban on synthetic fertilizers in 2021, the country suffered a massive drop in crop yields that caused mass inflation and protests.