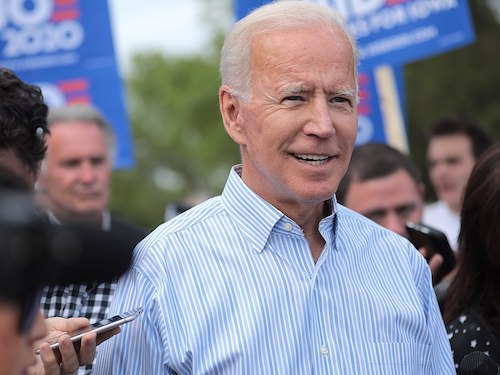 U.S. President Joe Biden has gone back on his campaign pledge of “no more drilling on federal lands, period. Period, period, period,” with the Interior Department announcing plans earlier this month to auction off drilling leases on 145,000 acres of public lands in nine states.

The move violates the “signature campaign pledge made by Mr. Biden as he sought to assure climate activists that he would prioritize reducing the use of fossil fuels,” reports The New York Times.

In light of more recent events, the announcement speaks to Biden’s ongoing efforts to show voters he is working to increase domestic oil supply and tame rising gasoline prices as part of the national response to Russia’s invasion of Ukraine. It also comes while his ambitious climate agenda is stalled in Congress.

When he first took office, Biden issued an executive order that called for a temporary ban on new oil and gas leasing on public lands while Interior produced a comprehensive report on the state of federal oil and gas drilling programs. Apparently, the administration took to heart the report’s recommendation to overhaul rents and royalties for drilling, announcing the first increase in those fees in more than a century.

According to the Times, the reopening of public lands alongside the royalties hike shows the President “trying to walk a line between trying to both lower gas prices and fight climate change.”

The increase is expected to bring in billions of dollars in federal revenue.

“For too long, the federal oil and gas leasing programs have prioritized the wants of extractive industries above local communities, the natural environment, the impact on our air and water, the needs of tribal nations, and, moreover, other uses of our shared public lands,” Interior Secretary Deb Haaland said. “Today, we begin to reset how and what we consider to be the highest and best use of Americans’ resources for the benefit of all current and future generations.”

But environmental advocates like Randi Spivak, director of the public lands at the U.S. Center for Biological Diversity, criticized the announcement as backsliding on the struggling climate agenda. “It’s as if they’re ignoring the horror of firestorms, floods, and megadroughts and accepting climate catastrophes as business as usual,” Spivak told the Times.

Meanwhile, the White House is taking other steps to push its climate agenda forward—but the latest headline announcement was a US$6 billion effort to rescue the country’s aging nuclear power plants from closure. The effort kicked off with a bidding process for a civil nuclear program that could bail out financially distressed owners or operators, The Guardian reports.

The administration also finalized a rule to reverse a Trump-era rollback that weakened key requirements of the National Environmental Policy Act (NEPA). The rollback had exempted agencies from reviewing “indirect climate impacts” when considering approval for projects like oil and gas pipelines. The new rule will require regulators to consider how government actions may increase emissions or have other environmental and social impacts, writes The Washington Post.

Although the new rule is getting pushback from business groups and Republicans before it goes into effect next month, Biden’s Democratic allies have welcomed the action.

“I’m glad this administration recognizes how egregiously wrong those actions were and is moving forward to restore the protections that have helped protect our environment while promoting sustainable development for decades,” said Rep. Raúl M. Grijalva (D-AZ), chair of the House Natural Resources Committee.