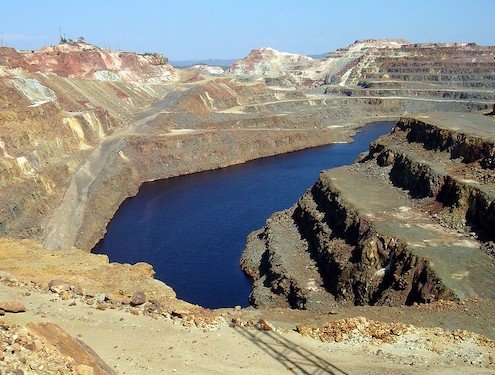 Rio Tinto saw its shareholders vote down its financial statements at its annual meeting earlier this month after the London, UK-based mining giant failed to fully disclose how it would navigate the shift to a zero-carbon economy.

“While Rio has increased its discussion of climate risks and made clear that its accounts are not 1.5°C aligned, thereby providing welcome transparency, it does not provide disclosures on its quantitative assumptions, or visibility as to how it would be impacted if its own stated goal to be 1.5°C-aligned were achieved,” said Natasha Landell-Mills, head of stewardship at investment management firm Sarasin & Partners.

In advance of the vote, Sarasin said it would also vote against retaining KPMG as the company’s auditor, and questioned the performance of Rio Tinto’s audit committee.

“Rio Tinto’s largest source of carbon emissions are Scope 3 emissions—the emissions created by assets not owned or controlled by the reporting organisations,” the Guardian explains. “As the smelters responsible for turning its iron ore into steel operate in China, Japan, and South Korea, and are not owned by the company, the mining giant has so far resisted placing a target on Scope 3 emissions.”

But that position raised flags in the lead-up to Rio’s AGM. “Considering Rio Tinto’s heavy Scope 3 footprint, (which) counts for 95 per cent of total emissions, the absence of concrete targets stands out as a concern,” proxy advisory firm Institutional Shareholder Services (ISS) declared.

Last year was Rio Tinto’s most profitable ever, with shareholders receiving US$16.8 billion in dividends, Reuters reports.