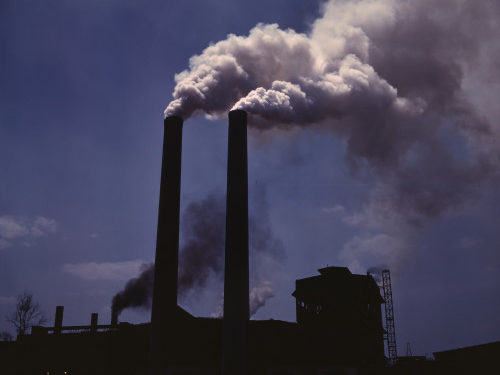 G20 countries are falling behind on the all-important “say-do gap” between their 2030 emission reduction pledges and the climate action they’re actually taking, and Canada shows up dead last among the 10 wealthiest nations in the group, according to the first annual Earth Index released this week by Corporate Knights.

The analysis [pdf] points to some signs of progress, particularly in electricity generation in high-income countries. But it shows slower action in other sectors and warns that middle-income G20 countries are producing three times the emissions of the wealthiest—a trend that will continue without much wider, faster efforts to transfer proven technologies and techniques to the parts of the world that need them.

Corporate Knights CEO Toby Heaps said G20 countries’ climate commitments to date would hold average global warming to 1.8°C, citing an assessment released by the International Energy Agency during last year’s COP 26 climate summit. That outcome would “still be destructive, but it’s a scenario where we can still thrive, species can thrive, and our civilization can thrive,” Heaps told a webinar audience Wednesday.

The problem is the gap, he added, with the latest working group report from the Intergovernmental Panel on Climate Change showing warming on a trajectory for 3.2°C.

“At this point, it’s not so much a question of whether the targets are adequate, but that with some exceptions we’re simply not getting the results we need with the policies and strategies we’ve been pursuing,” report author and Corporate Knights Research Director Ralph Torrie told The Energy Mix in an email. “Those exceptions are important, though, and we will be using the Earth Index analysis to identify and highlight where we find policies and business strategies that are achieving rapid decarbonization.”

The Earth Index analysis covers the 43 countries in the G20, which collectively account for 80% of global GDP, 75% of world trade, 60% of the global population, and about 75% of greenhouse gas emissions. The Corporate Knights landing page for the index includes focused coverage on specific countries and sectors, with an assessment of Canada’s climate performance in 2019 by veteran analyst and former Globe and Mail climate reporter Shawn McCarthy.

The index scores countries’ projected emissions in 2030 across seven categories—power generation, industry, transportation, fossil fuel production, buildings, agriculture, and waste—by dividing their emission cuts in 2019 by the annual reductions that would be needed to hit their declared 2030 targets.

A positive score below 100% indicates that a country is making progress, but still falling short of its 2030 goal. “A negative score indicates that emissions increased in 2019, with the negative percentage reflecting how quickly emissions are going in the wrong direction,” the index states.

• The G20 as a whole receives a score of ‑15%, with its transportation sector at ‑31%, fossil fuels at ‑35%, buildings at ‑39%, and waste at ‑59%. Its power sector clocks in at 5%, “indicating that while there was a slight decline in emissions, the pace of reductions would have to be 20 times higher than in 2019 to be on track for meeting the aggregate G20 target.” By contrast, the power sector in the richest countries that form the G7 came in at 236%, but their entire economies only scored 52%.

• China, India, Indonesia, and South Africa all showed large increases in 2019, with middle-income countries as a whole receiving a score of ‑86%, indicating that their emission increases in that single year were almost equal to the reductions they’ve promised by 2030.

Those results “highlight the urgent imperative to increase decarbonization investment in the Global South,” Torrie wrote. “Of course the progress being made in the EU and some other high-income countries must be accelerated, but without a reversal in the momentum toward higher emissions in the middle-income countries, we all lose. That is where emissions are still growing the fastest, and that is where many of the most cost-effective opportunities for emissions reduction occur. The race to avoid catastrophic climate change must be won everywhere, or it will be lost everywhere.”

That reality made the speed of countries’ emission reductions versus the speed that would be needed to meet their paper promises the “fundamental metric” for the Earth Index, Heaps said.

“This is what countries have committed to,” he told the webinar, with 130 countries now on record with climate stabilization targets and US$130 trillion in assets mobilized through the Glasgow Financial Alliance for Net-Zero. “We have most of the solutions on the shelf to get to where we need to be by 2030, and we have all the solutions we need right now to get this into high gear” and build momentum. “So we have the will, we have the money, we have the solutions, and now it’s about speeding this up.”

Torrie said an underlying question for the Earth Index was whether countries are delivering the same level of action they were able to mobilize when another global emergency, the COVID-19 pandemic, made its appearance two years ago.

Based on the record for 2019, the last year for which comprehensive data was available, “it doesn’t really feel like an emergency response,” Torrie said. “It kind of feels like we’re sitting around watching television while the house is on fire, and we really want to watch the end of the show. We’ve got to get a lot busier and more focused on treating this as the emergency that it is.”

Former Green Party leader Elizabeth May, who like Torrie was on the scene for the Toronto Conference on the Changing Atmosphere in 1988, recalled the moment four years later when every country in the world signed on to the UN Framework Convention on Climate Change. Since then, “the nations of this planet, human civilization and our economies, have emitted more greenhouse gases than between the beginning of the Industrial Revolution and 1992, when we had enough science and promised to reduce our emissions before they could become dangerous,” she told the webinar.

Thirty years later, May questioned whether the IEA or anyone else should be complacent about a pathway to 1.8°C average warming.

“We’re at 1.1° now,” she said, and a place like British Columbia, “it doesn’t feel like a nice place to live, with 600 people dying in four days because of the heat domes” before a season of wildfires and floods cost more lives and destroyed every land route to the province’s Lower Mainland.