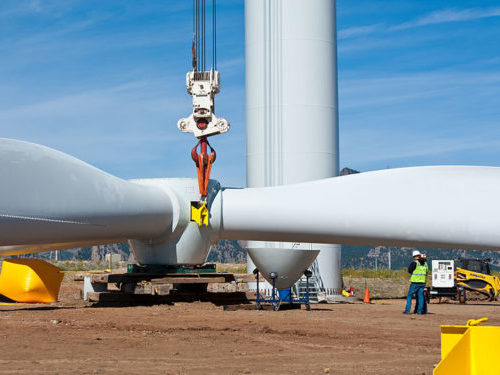 Hydro-Québec will buy all the power from the three 400-MW projects under power purchase agreements, and the projects will be timed according to Hydro’s “evolving needs”, the provincial utility said in a release.

Investment in the three projects could run as high as C$3 billion, the release added.

The three wind farms “would be developed at very beneficial costs and would generate significant economic spinoffs for Quebec,” the utility said. “The partners have committed to a collaborative approach in designing the projects,” and have already begun field studies and meetings with Indigenous and other local host communities.

“With the energy transition and the expected growth in electricity needs in Québec, it is imperative that we have the required flexibility when it comes to supplies,” said Hydro-Québec President and CEO Sophie Brochu. “Wind power is one of the tools we have at our disposal.”

“We are pleased to share our expertise and know-how to promote Québec’s resources for the benefit of our economy and the energy transition,” said Boralex President and CEO Patrick Decostre. “This agreement represents both the recognition of wind power as an essential source in Québec’s energy mix and a vote of confidence for our team.”

“We are proud to be co-owners of one of the largest collections of wind farms for over 15 years and to pursue the development of the Seigneurie de Beaupré wind farms,” said Énergir President and CEO Éric Lachance.

The release said the projects “would be located close to the existing Seigneurie de Beaupré wind farms,” a total of 364 MW of installed capacity operated by Boralex and Énergir,.