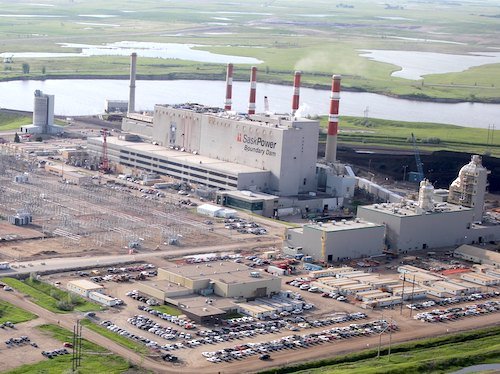 Canada’s new Emissions Reduction Plan is “reckless”, doesn’t meet the criteria of credible net-zero emissions plans, and lacks any vision of a future capable of inspiring Canadians to change their lives, says Jason MacLean, assistant professor of law at the University of New Brunswick.

The Emissions Reduction Plan is the first released under the Net-Zero Emissions Accountability Act, MacLean writes for The Conversation. It aims to put Canada on track to reduce emissions by 40 to 45% 2005 and reach net-zero emissions by 2050.

It will do neither, he concludes.

More than 120 countries, 800 cities, and 1,500 companies have made net-zero pledges. Meeting the Paris Agreement’s goal of limiting global warming to 1.5°C above the pre-industrial average requires global greenhouse gas emissions to peak before 2025 and fall to net-zero by 2050.

According to climate researchers, credible, science-based net-zero plans must:

1. Reduce emissions as soon as possible;

2. Minimize reliance on removing emissions from the atmosphere;

6. Present an inspiring vision of a better future.

Canada’s Emissions Reduction Plan fails to meet any of these criteria.

The plan fails to aggressively reduce emissions in the short term. Instead, it sets an unambitious target for Canada’s largest and fastest growing source of emissions, calling for a 31% reduction from the oil and gas sector, but it is not binding.

Just a week after Canada released the plan, the government approved the Bay du Nord offshore oil project, which will produce about 200,000 barrels of oil per day starting in 2028, and 300 million barrels over its lifetime.

The government claims offshore oil extraction produces fewer emissions per barrel than the oilsands, but that’s a dangerous distraction. Oil is inevitably burned, which accounts for 80 to 90% of the emissions in every barrel. In a world with a shrinking global carbon budget, relative emissions intensity is irrelevant. Absolute emissions are what matter.

That puts Canada’s decision far out of line with climate science. The International Energy Agency’s 2021 net-zero pathway, which the government relies on heavily, clearly explains that the world can’t afford any new oil and gas development after 2021. None.

Underscoring the urgency of the latest warning from the Intergovernmental Panel on Climate Change, UN Secretary General António Guterres remarked: “The truly dangerous radicals are the countries that are increasing the production of fossil fuels.”

Canada’s Emissions Reduction Plan bets heavily on costly and ineffective carbon capture, utilization and storage (CCUS) technology to keep emissions from the atmosphere. The 2022 federal budget provides a subsidy to the oil and gas industry in the form of a C$2.6-billion CCUS investment tax credit—the budget’s single largest piece of climate spending.

With that decision, the government ignores the advice of more than 400 independent climate researchers, including myself, about the risks of CCUS. Decades of research shows that CCUS actually captures and stores very little carbon (less than 0.02% of energy-related emissions in 2021), remains prohibitively expensive, and requires more energy to operate than previously thought. Renewable energy and electrification are cheaper and proven non-polluting alternatives.

Nor does Canada’s plan comprehensively address the country’s emissions. Instead, it continues to rely almost exclusively on carbon pricing to reduce emissions.

The carbon price increased to $50 per tonne in 2022, and will reach $170 in 2030. But the plan fails to close its many loopholes. An independent analysis shows that due to gaps and exemptions, large emitters paid, on average, only $4.96 per tonne of carbon in 2020.

Canada’s “set-and-forget” carbon price will not reduce emissions if it doesn’t apply to all of Canada’s emissions. The government’s own Net-Zero Advisory Body told the government this, but the government ignored its advice.

Canada’s plan is far from fair. The world could not hope to achieve the Paris Agreement if every country adopted our dangerous approach.

Canada considers only its upstream oil and gas emissions, ignoring the downstream Scope 3 emissions that come from burning the fossil fuels we export. Canada’s plan unduly shifts the burden of reducing emissions to other countries.

It also pays insufficient attention to broader socio-ecological objectives. While it commits additional funding to land and forest management initiatives, that pales in comparison to its investment in CCUS. Nor does the plan ensure that nature-based solutions will be designed and implemented in partnership with Indigenous Peoples and local communities that disproportionately bear the brunt of climate impacts.

Finally, the Emissions Reduction Plan doesn’t offer an inspiring vision of Canada’s net-zero future; it won’t motivate Canadians to fundamentally alter their lives to mitigate and adapt to climate change.

Comprehensive demand-side strategies across all sectors can reduce end use emissions by 40 to 70% by 2050, the IPCC concluded earlier this month. While climate change demands system change, individuals also have an important role to play too, especially the wealthiest: The top 10% of emitters are responsible for close to 50% of global emissions.

This requires an EPIC approach: Extreme positive incentives for change. Think of the significant subsidization of electric vehicles in Norway, where 90% of cars sold are electric, or the dramatic cost reductions in solar and wind energy due to generous government support.

But far more than this, Canadians must envision a future that is both decarbonized and desirable. This means reimagining how we live, work, move, and play, and demanding that our governments make it happen.

There’s still time for Canadians to come together and create a future that’s not only liveable but worth living, but our window is closing fast.