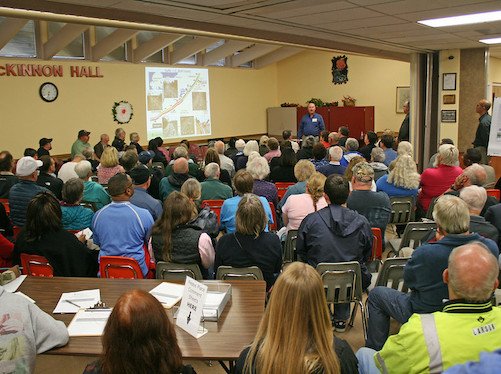 A summary of public opinion research on what Canadians really think about climate change concludes that climate communicators urgently need to provide different audiences with tangible, specific examples of climate solutions, to counter a growing sense that humanity is helpless in the face of the climate crisis.

Produced by Climate Access and the Climate Narratives Initiative, the summary identifies both tailwinds and headwinds for climate communicators. For example, while 50% of Canadians are now convinced that climate change is a “very serious threat,” a “headwind” or obstacle is the growing fatalism that nothing can be done to about it.

Among other “tailwinds” for those seeking to communicate climate realities to the Canadian public is the growing conviction that clean energy is the future, and a gradual erosion in support for fossil fuels. “Coal and fracking are particularly unpopular and most Canadians do not agree with expanding our oil-based economy to finance the transition to renewables,” writes Climate Access.

And with the advent of more frequent extreme weather, “more and more Canadians are recognizing that climate change is an immediate threat to them personally.”

But climate communication in Canada also faces severe headwinds, including “acute and rising concern about the cost of living and inflation,” anxieties that are percolating through an increasingly “toxic environment of declining trust, alienation, polarization, and energized populism.”

Canadians also remain ill-informed about climate solutions: “less than half think transitioning away from fossil fuels would be very effective for reducing carbon emissions,” while knowledge about nature-based solutions seems confined to “recycling and plastic straws.”

On the critical matters of “efficacy and fatalism,” the summary finds that “growing segments of the public think it’s ‘probably too late’,” with “most” doubting that “proposed solutions will be very effective or fairly implemented.”

Urgently needed to establish a grounded sense that it isn’t “too late,” and to build feelings of hope and purpose, are “tangible examples of progress” in the climate change fight. Climate communicators will want to choose their examples carefully, thinking about what examples a particular audience may be “predisposed to trust,” writes Climate Access. Tangible examples have the added benefit of sticking in the mind much longer than “broad statistics “because they give people a mental ‘hook’ or picture of what’s possible.”