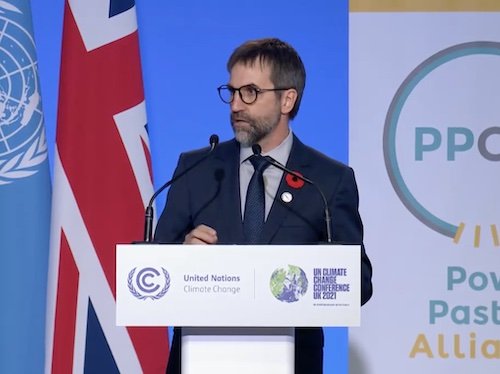 A week that included the Bay du Nord decision and a massive, new federal subsidy for carbon capture, utilization and storage (CCUS) technology, days after UN Secretary-General António Guterres declared the “moral and economic madness” of investing in new fossil infrastructure, amounted to the Trudeau government’s “most brazen betrayal since 2015,” Susan Riley writes for The Hill Times.

“Among other things, the Bay du Nord decision represents the complete and total capture of another high-minded environment minister by a powerful industry and its political protectors,” Riley says. “Every dedicated federal environment minister—from Charles Caccia, David Anderson, and Jim Prentice, through to Stéphane Dion and Catherine McKenna—has been eventually undercut by the prime minister of the day, irrespective of party affiliation.”

That history, “along with an unbroken national record of failing to meet international emissions reduction goals, suggests a systemic problem that transcends partisanship,” she adds. “No national political leader has found the conviction and courage to stand up to the fossil fuel sector, and its fierce political enablers in Alberta, and force it to accept responsibility for the destruction of our planet. Or, at least, for its share.”

While the Emissions Reduction Plan that Guilbeault released the previous week earned points from climate policy analysts for its sector-by-sector detail, transparency, and commitment to regular progress checks beginning in 2023, Riley casts it as part of a history of delayed action, long-term targets, and ceaseless consultation with echoes back to 2008.

“And why is a government so far off its Paris Accord commitments even contemplating new fossil fuel projects?” Riley asks. With Guilbeault’s talking points for Bay du Nord “seemingly sticking in his throat,” she writes, little of the rationale stands up to scientific scrutiny. “The oil from Bay du Nord is only fractionally less carbon intensive than the oilsands product, say experts, and the minister’s sunny forecast fails to account for emissions created when the estimated one billion barrels of new oil from Bay du Nord are burned.”

As for the CCUS tax credit, the installations so far have “proven expensive, and of limited use in actually containing emissions, except in smaller venues, such as cement plants,” Riley says. “It has been derided by climate scientists and other environmentalists as an ineffective and expensive prop for an industry that should be shrinking, not continuing indefinitely. The technology has also consumed billions in government subsidies around the world and has yet to be seriously adopted by industry. And why, at a time when oil companies are making record profits, can they not pay for this vaunted technology themselves?”

Riley points to “other shiny objects” in the budget, from electric vehicle funding to new marine parks, but warns that the country’s shift off carbon will be stifled as long as the fossil industry is “coddled and even encouraged” by federal policy. In the end, “it will probably be a climate-conscious world, and the global market, that determine the fate of Canada’s fossil fuel sector—while our governments are busy establishing revised timelines,” she writes. “There will be a lot more climate grief before then.”