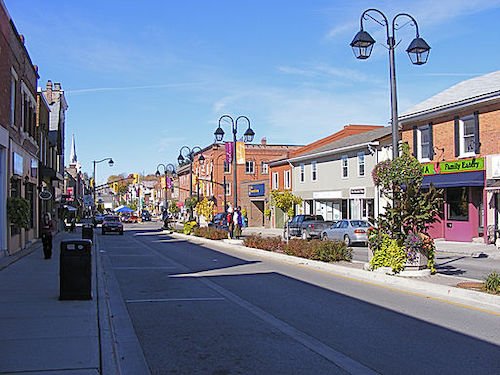 Keeping the community onboard and elected councillors informed and involved were two of the most important steps in making Halton Hills, Ontario the first Canadian community to adopt a 2030 net-zero strategy, according to two of the program’s lead developers.

The town first adopted its target in 2019, joining communities like Glasgow, Scotland; Ithaca, New York; and Bristol, England in setting similarly stringent deadlines, write the town’s senior climate and energy planner, Michael Dean, and sustainability consultant Kyra Bell-Pasht, senior associate at Sustainability Solutions Group (SSG), in a post for Municipal World. They say the town is backing its plan with significant staffing, deep engagement on the part of city councillors and the wider community, and a “willingness to move forward despite some challenging emissions sources”.

After the initial council resolution, Halton Hills hired SSG to develop what the two authors call an “evidence-based and community-informed pathway” to hit the 2030 target. The first lesson, they say, is that an ambitious plan only works when climate change is treated as a city-wide priority. Halton Hills shifted its organization chart, merging separate departments that dealt with sustainability and asset management into a new climate and asset management division that reports directly to the senior level of local government. It also hired new staff and set up two committees to push the program forward.

“The restructuring and integration of climate change at the highest levels of the organization helped create a culture that prioritizes climate action across the entire corporation,” Dean and Bell-Pasht write. “As a result, despite the challenges of working on the strategy and an extensive engagement process during the pandemic, progress was smooth and nearly on schedule.”

Meanwhile, the town worked with utilities, businesses, institutions, non-profits, public agencies, and community representatives, using a “plan while doing” approach to get some initial projects rolling while the broader strategy was taking shape. They began with an electric vehicle education day, a working group on ground-mounted solar, and support for commercial fleet electrification.

“Many other projects were considered, refined, and either postponed or rejected—all of which helped the town understand potential solutions while preparing it to hit the ground running in 2022,” the two authors write. “The engagement laid the groundwork for public-private community-wide partnerships, which are critical to achieving carbon neutrality.”

The post also describes the process the town put in place to educate elected councillors and keep them engaged—with the mayor and one councillor chairing two of the key task forces.

So far, Dean and Bell-Pasht write, Halton Hills is moving forward with changes that add up to a 74% emissions reduction. Key elements of the plan include mass, deep energy retrofits and fuel switching in buildings and industry, reducing the need for car trips, expanding EV infrastructure and awareness to speed up adoption, expanding the community’s capacity for natural sequestration, and limiting urban sprawl—all under the heading, they say, of not letting the perfect be the enemy of the good.

“Unfortunately, even the boldest policies make it difficult to retire thousands of combustion engine vehicles already on the road,” they state. “For now, the town is committed to reducing those emissions it knows it can while continuing to consider solutions to address the more stubborn vehicle emissions.”