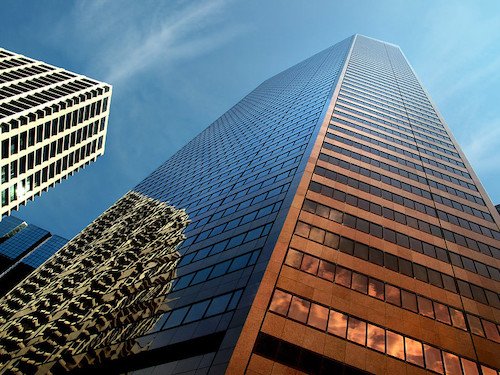 On the very same day that the Intergovernmental Panel on Climate Change (IPCC) released its “now or never” plea to slam the brakes on carbon, Calgary-based Suncor Energy ditched its solar and wind assets—aiming instead to keep the combustion engine alive with hydrogen, biofuels, and carbon capture and storage (CCS) tech.

In an email to the Globe and Mail, the Calgary-based fossilsaid it plans to off sell its interests in the 30-megawatt Magrath and Chin Chute wind farms, both in Alberta, and the 40-MW Adelaide wind farm in Ontario.

Also headed for sale is the unfinished Forty Mile solar project in Alberta, an expansion on a wind installation, according to the Globe. Suncor says it will honour its commitments to contractors to ensure that the 220-MW project is finished this year.

Suncor previously sold off its interests in three more of the eight wind farms it had developed over the last 20 years in partnership with Calgary-based Enbridge: the 100-MW Cedar Point and 20-MW Kent Breeze projects, both in Ontario, and the 88-MW Wintering Hills wind farm in Alberta.

Determined to focus instead on technologies that are “complementary to its base oil and gas business,” writes the Globe, Suncor will be “accelerating the commercial scale deployment of carbon capture technology and partnering with energy company ATCO Ltd. to build a new hydrogen project in Alberta.”

The oil major is “dabbling in renewable fuels, too,” with interests that include an investment in Enerkem Alberta Biofuels, “whose Edmonton plant is the first commercial-scale facility in the world to turn non-recyclable, non-compostable mixed municipal solid waste into cellulosic ethanol, a popular biofuel.”

(The waste would consist of substances like agricultural and forestry residues—so, organic substances and therefore compostable. But not easily so. Lignin, a fundamental building block of such substances, and a key component of cellulosic ethanol, takes a particularly long time to decompose.)

With its eye on achieving net-zero emissions by 2050, Suncor also said it may seek to “procure renewable power through power purchase agreements.”

Such “arrangements are a growing trend in Canada as more companies try to reduce their carbon footprints,” writes the Globe.

“The IPCC report was basically flashing a big, red strobe light at (Suncor), saying wind and solar are where we need to be investing,” Stewart said. “And they just looked away, put on their sunglasses, and said ‘no, we’re sticking with what we know.’”