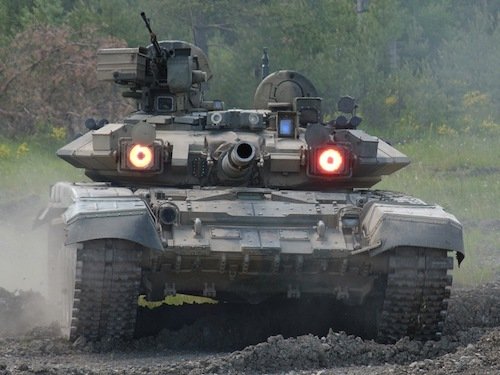 Fossil fuel companies are using stock buybacks to profit from Russia’s war on Ukraine—at the expense of consumers, workers, and just about everyone else, says a new report released by advocacy groups just as the United States holds hearings to scrutinize oil and gas profits.

“This is a master class in war profiteering,” Lukas Ross, program manager at Friends of the Earth, told the Washington Post. “Humanitarian disaster and consumer pain are being turned into Wall Street profits in real time.”

A report co-authored by Ross and Friends of the Earth, Public Citizen, and BailoutWatch details how Big Oil pounced on the prospect of profits at the beginning of the year, and especially in the early hours of the Russian invasion, as trade associations and industry-friendly lawmakers sought their own financial advantage.

“On the day the invasion began, the CEO of the American Petroleum Institute wrote the Biden administration with a public wish list, including faster approval for natural gas pipelines and export terminals and increased drilling on public lands and waters,” the report says.

Several companies also revelled in the high energy prices, such as Texas driller EOG, Occidental, and Ovintiv, the one-time Canadian fossil formerly known as Encana, all of which announced double-digit increases in shareholder dividends that very day.

But 59% of oil executives surveyed by the Federal Reserve Bank of Dallas said that “investor pressure to maintain capital discipline” is the primary reason for restrained growth. Defined as a company’s prudence in how much money it borrows, raises, and spends to deliver the best returns to its shareholders, capital discipline has been restraining public producers’ growth, in an effort to “repay debt and improve returns to shareholders” dating back as far back as July 2021, S&P Global found.

When fossils say capital discipline is a limiting factor, what they mean is that “spending on buybacks and dividends—ways of returning cash to shareholders—are more important than increasing production to meet demand,” the new report states.

Increasing dividends—or, “the quarterly payments investors receive for owning shares”— are one of two main tactics that help keep windfall profits in investors’ pockets. More than half of the companies boosted their dividends in January and February, and six have started paying additional dividends on top of routine quarterly payments.

In addition to dividend increases, companies can use buybacks to strategically increase share values by buying their own stock back and reducing its supply on the open market. Critics say buybacks inflate executive compensation while doing nothing to improve a company’s products and services, the Post reports. Seven companies authorized buybacks in the first two months of 2022, six of them after stock prices rose in response to “Russian warmongering,” the report states.

Though buybacks have increased sharply since Russia invaded Ukraine, companies have used the tool to maximize profits since the practice became deregulated in 1982, before which they were “functionally impermissible.” There is little oversight or accountability for buybacks, which allows for greater market manipulation and income inequality, said Lenore Palladino, then-senior economist and policy counsel at the Roosevelt Institute, in 2019 testimony to the U.S. House of Representatives Committee on Financial Services.

That approach allows investors to profit from funds that could otherwise contribute to workers’ wages and other forms of wealth distribution, instead causing wage stagnation and driving up inequality. As Big Oil continues the practice for wartime profit, buybacks will not only cause consumers to struggle with energy costs, but will also fuel income disparities and inequality.

The advocacy groups’ report aligned with Palladino’s testimony, as both concluded by calling for legislation that protects consumers from corporate profiteering. The report also considers how alternative energy sources could help buck the trend, recommending actions for “supporting our allies with clean renewables, and preventing the runaway profiteering of Big Oil and Wall Street.”