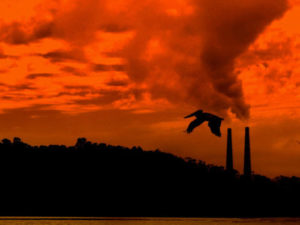 The IPCC’s message on mitigation offers encouragement but leaves no room for any possible complacency: the evidence shows that humanity could contain global warming to no more than 1.5°C above the long-term average for most of human history, but only with rapid, deep reductions in the greenhouse gas emissions driving the climate emergency.

Furthermore, it could do so in ways that stimulate economic growth, help the poorest countries develop sustainably, promote social justice, enhance human health, and create more generous living conditions for all. But the conclusions come with a caveat: humankind is not now doing nearly enough to make this possible, and any delay makes the achievement more and more difficult and potentially more and more costly.

The evidence is clear from a painstaking study of global literature on the factors that drive global heating and threaten to precipitate potentially devastating climate breakdown, and how these might be mitigated. Altogether, humans burned fossil fuels on a scale that between 1850 and 2019 has deposited 2,400 billion tonnes of carbon dioxide in the atmosphere.

Around 58% of that dates from 1850 to 1989, one year after the founding of the Intergovernmental Panel on Climate Change. The other 42% went into the atmosphere between 1989 and 2019. That is, in the 30 years since the world reached a consensus that climate change was a hazard, the greenhouse gas burden in the atmosphere nearly doubled. And, the report warns, emissions in the last 10 years were higher than in any previous decade.

To contain global heating to a limit of 1.5°C—the declared global ambition—emissions must fall steeply towards net-zero, the IPCC concludes. So nations have to think again about the way cities, businesses, and utilities exploit energy, drive industry, power transport, build structures, heat or cool homes and offices, and grow and harvest food for billions.

To meet the goal the world has set itself, it may put no more than another 500 billion tonnes of CO2 into the atmosphere between now and 2050, the report shows. In 2019 alone, the energy suppliers added 20 billion tonnes; industry 14 billion, farmers and foresters 13 billion, transport almost nine billion, and buildings more than three billion. Each human on average contributed 7.8 tonnes: and in the wealthiest countries, each person was responsible for up to 19 tonnes of carbon dioxide equivalent, compared to 2.6 in the poorest.

The least developed nations have accounted for 0.4% of all emissions so far.

The IPCC scientists and delegates conclude that it should be possible, in the near term, to eradicate extreme poverty, relieve energy shortages, and provide decent living standards for the least developed nations without significantly increasing global emissions. At least 18 nations—the researchers do not list them—have introduced policies that have managed to sustain emissions reductions for 10 years or more. They cut the carbon, used energy more efficiently, and found ways to reduce demand, some of them by a third or more since their fossil fuel use peaked.

The unit costs of low-emission technologies have fallen continuously since 2010: solar by 85%, wind by 55%; lithium-ion batteries by 85%, the report says. Clever use of digital technologies could promise even more reductions and create more economic opportunities. By 2020, 56 nations responsible for 53% of global emissions had introduced direct “climate laws”.

But on the evidence of declared national plans as of last October 21—the deadline for new material to be included in the report—warming will go past the 1.5°C mark this century. Current trends indicate that, without a much more determined worldwide response, temperatures will go on rising to 3.2°C by century’s end.

To avert that outcome, global emissions must peak before 2025, and deep and rapid reductions must continue until 2050. Global use of coal in 2050 must fall by 95% compared to 2019; oil by 60%, gas by 45%. Altogether, 74% of the emission reductions will depend on energy supply and demand. Agriculture, forestry and land use could account for another 13%.

So mitigation is possible. But the way is fraught. “All mitigation strategies face implementation challenges, including technology risks, scaling, and costs,” the report warns. Carbon dioxide removal technologies could help defray the climate costs of some fossil fuel use.

Just to keep global warming to no more than 2°C would cost between $1 and $4 trillion between 2015 and 2050 for unburned fossil fuels and stranded fossil fuel infrastructure. To peg the thermometer at 1.5°C would cost even more.

Carbon capture and storage should in theory be possible and will be needed, the report says. In theory, the planet has the geological potential to store at least 1,000 billion tonnes of carbon dioxide. In practice, the technology faces “technological, economic, institutional, ecological-environmental, and sociocultural barriers.”

Industry, however, could get to net-zero—it would be challenging, but possible—with new production processes combined with low- or zero-greenhouse gas electricity, hydrogen, fuels, and carbon management. For most primary metals, building materials ,and chemicals, low- or zero-emission processes are at pilot or even commercial stages, though they have yet to become established industrial technologies. Light industry, mining, and manufacturing could be decarbonized through available abatement technologies.

Cities too—soon two-thirds of the world will live in cities—could use resources more efficiently, with ambitious and immediate mitigation efforts. And a growing number of cities have set climate targets. But in 2019, global direct and indirect emissions from buildings, cement, and steel alone reached 12 billion tonnes. Compared to 1990, emissions from non-residential buildings rose by 55%, homes by 50%. Those totals could fall 61% by 2050, either by building better or retrofitting existing structures. This calls for know-how, technical abilities, and institutional structures, not to mention finance and governance.

Transport, too, could change: electric vehicles offer the highest potential; biofuels could help in the short to medium term. Public transport and intercity links, along with a shift to bicycle and pedestrian pathways, could reduce emissions. Other options including teleworking, digitalization, supply chain management, and smart and shared mobility could also cut demand for passenger and freight services across land, air, and sea.

And agriculture, forestry and other land use—the world of green things—could become more sustainable, with added benefits to biodiversity conservation, ecosystem services, and jobs. Improved crop and livestock management could increase carbon sequestration and possibly reduce up to four billion tonnes of carbon dioxide or other greenhouse gases.

The report also carves out a big role for citizens, investors, consumers, role models, and professionals in the intricate challenge of changing human behaviour. The report addresses what it calls “demand-side” strategies and talks of “choice architecture” to help people opt for lifestyles that reduce greenhouse gas emissions and encourage healthy diets. There is a cost to all this: but mitigation options calculated at $100 per tonne of carbon dioxide equivalent could reduce global greenhouse gas emissions by 2030 to at least half the 2019 level.

There are matching benefits, too, palpably in human health encouraged by better air quality. The report says, in the deadpan language favoured by science: “The global economic benefit of limiting warming to 2°C is reported to exceed the cost of mitigation in most of the assessed literature.”