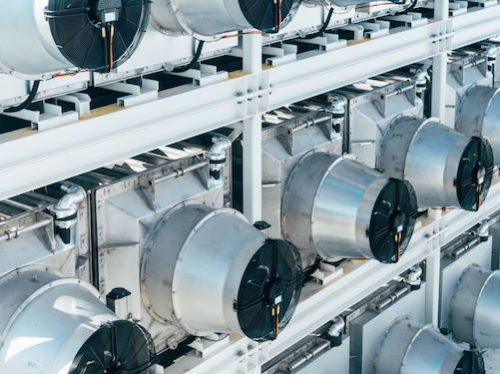 “For the first time, Canada’s climate target is not just about reducing the country’s greenhouse gas emissions, but also about increasing ‘removals’ to achieve a balance,” writes West Coast Environmental Law (WCEL), in a new evaluation of the Canadian Net-Zero Emissions Accountability Act (CNZEAA).

While NETs can play an important role in international climate policy, Canada’s domestic climate plans should emphasize cutting emissions due to the risks of relying too heavily on the technology, WCEL writes.

“NETs bring with them a slew of risks and limitations, uncertainties, and ethical questions,” WCEL writes.

“Given the importance of achieving a stable and safe climate, NETs cannot be dismissed altogether,” the organization adds. But “it is extremely important that NETs are used sparingly—only to compensate for essential and extremely difficult to decarbonize emissions, and to draw down historical emissions—and that NETs are not used as an excuse to delay the drastic emissions reductions needed to reach net-zero.”

NETs are similar to carbon capture and storage (CCS) technologies that are promoted as a tool for reducing point-source emissions from specific industrial or power plants. But where CCS has potential only to make the plant a neutral emitter, NETs are meant to remove general carbon from the atmosphere, holding out the possibility of capturing more carbon than is being emitted.

The Intergovernmental Panel on Climate Change (IPCC) anticipates that a large amount of atmospheric carbon dioxide removal can be achieved through nature-based solutions, but its analysis still relies on NETs to meet ambitious decarbonization targets. But the IPCC also cautions that there are limits to how much NETs can or should be used. WCEL writes that regulation will be required when for NETs in Canada to ensure that full life cycle emissions are accounted for, monitoring and reporting are done transparently, environmental and social impacts are considered, and polluters pay for the costs of NETs.

The IPCC also sees a potential role for NETs in the international climate strategies of high-emitting countries like Canada that should aim to carry a greater share of responsibility for cutting global emissions. With the wealth to invest expensive NETs, WCEL suggests Canada should “build out NETs not to allow the country to emit more, but to compensate for its historical emissions.”

The report warns that “reliance on NETs in Canada’s climate plans for anything other than these limited purposes undermines the goals of the CNZEAA, creating huge risks that Canada will fail to meet its climate targets.”

The effectiveness of efforts to address dangerous climate change depend on how we perceive the problem.

In other words, along with transitioning to zero carbon energy systems, we need to develop and deploy emerging NETs that meet very strict criteria: safe, efficient, low cost and permanent. For example: https://www.c2cnt.com/