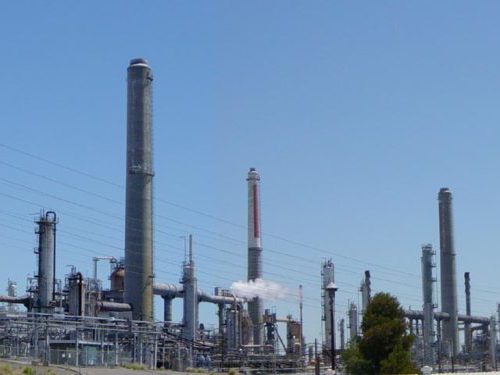 Canada’s oil and gas industry says it’s been left in the dark about exactly how much it will be required to reduce its emissions in the coming decade, after the federal government’s new Emissions Reduction Plan made it clear that fossils must bring their carbon pollution down 42% from 2019 levels by 2030.

The Canadian Press says the sweeping new plan unveiled by Ottawa on Tuesday “hints at the role the sector could be expected to play” in achieving this country’s climate goals. In fact, a federal backgrounder accompanying the 271-page plan states clearly that it “includes a projected contribution from the oil and gas sector of emission reductions to 31% below 2005 levels in 2030 (or to 42% below 2019 levels)”.

The plan, tabled in the House of Commons Tuesday, lays out ways the country can reach its target of cutting emissions by 2030 to no more than 60% of 2005 levels, CP says.

The fossil industry targets would bring total emissions from the sector— including production, refining, and transportation via pipelines—to 110 million tonnes by 2030, down from 191 million tonnes in 2019.

But those numbers are simply projections, not the mandated cap on oil and gas emissions the Liberals promised as part of their fall election platform, said Environment Minister Steven Guilbeault.

The government is currently consulting with industry as well as the provinces and territories, Indigenous groups, and other interested parties about what that cap will be, whether it will be legislated or regulatory, and what the compliance tools will be.

“The numbers you see for different sectors are projections of where, based on our analysis… different sectors should be in 2030 for us to get to our targets,” Guilbeault said. “But it’s not in any way, for any sectors, a regulated cap or target.”

Guilbeault said the targets laid out are “ambitious”, and that word was echoed by oil and gas industry groups responding to the government’s plan, Tuesday.

In a statement, the Oilsands Pathways to Net Zero Alliance—a group of six major tar sands/oil sands companies that say they’re committed to reaching net-zero greenhouse gas emissions by 2050 and have set an interim goal of reducing production emissions by 22 million tonnes by 2030—said industry needs “realistic and achievable” goals.

“We also need to recognize the time required to build the infrastructure, deploy the necessary technology, secure appropriate regulatory approvals, and implement economic incentives to achieve these reductions,” said Kendall Dilling, interim director of the Pathways to Net Zero group.

“While we recognize the federal government’s ambition to drive even faster results, the Pathways Alliance has been clear that the interim goals set for our industry must be flexible, realistic, and achievable.”

“Those (federal targets) are significant reductions, but they’re not good enough. There’s actually room to be more ambitious,” said Pembina Institute Deputy Executive Director Simon Dyer. “And if we actually want to drive industry to make the investments in carbon capture and storage and methane abatement, there could be a stronger cap.”

Guilbeault said he understands that some Canadians would like to see the government be even more ambitious, but said it’s important to also be “pragmatic and realistic.”

“I mean, talk is cheap,” he said. “We could have very ambitious targets and not know how we get there. I don’t think that would serve Canadians well.”

This report by The Canadian Press was first published March 29, 2022.