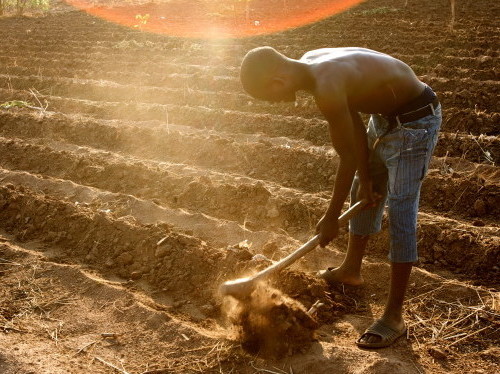 With midterm elections looming, the success of U.S. President Joe Biden’s push for Congress to approve $45 billion in climate funding in the White House budget is expected to set the tone for future domestic and international climate policy.

Biden’s request includes a call for billions in international climate finance, which could help him deliver on a pledge that the budget neglected last year.

“President Biden requested more than US$11 billion to help developing countries adapt to the ravages of climate change and build greener economies in his $5.8-trillion budget plan released Monday,” reports the Washington Post. “But it’s unclear whether Congress will deliver anywhere near that amount—and failure to do so could undercut progress at the crucial next round of United Nations climate talks.”

The White House budget is also notable for its emphasis on fortifying infrastructure to withstand extreme weather, a focus on infrastructure for cars rather than mass transit, and continued oil and gas drilling on public lands. But looking beyond America’s domestic climate policy, the requested funding for international climate finance will shore up the country’s standing in the international climate community, writes New York Times climate specialist Somini Sengupta.

“It’s very important to our credibility,” Senator Sheldon Whitehouse (D-RI) told media on Monday, adding that if U.S. negotiators show up to COP 27 with little climate finance to offer other countries, “then we look like jerks.”

“How can they pretend to be climate leaders when they refuse to redress the harm they have done to countries like mine?”

Delivering the promised funding this year will go a long way in bolstering America’s climate image. But there is no guarantee that Biden’s request will be approved by Congress, which has a history of “whittling down” ambitious budgetary proposals, the Post reports—with military spending a notable exception.

“Keep in mind his proposed budget is a wish-list of how to spend taxpayer dollars,” Sengupta writes. “It must be approved by Congress. So, Biden’s political test lies in getting it through both houses before the midterm elections in November, while his party still controls Congress.”