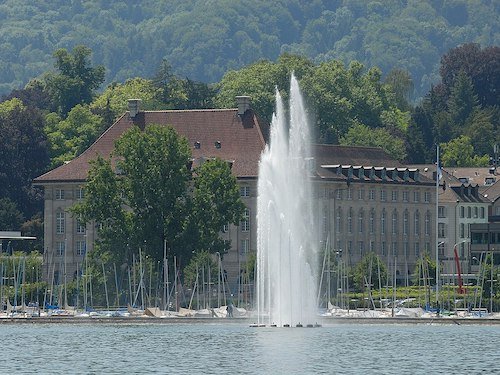 As of July 2023, the world’s second-biggest reinsurer Swiss Re will no longer provide coverage to companies responsible for the world’s 10% most carbon intensive oil and gas production.

The announcement from Zurich-based Swiss Re comes a year after it cut loose 5% of the world’s most carbon-intensive companies, reports Reuters.

Swiss Re’s decision to stop working with 10% of the worst climate offenders, while still leaving 90% covered, is still an important signal from “one of the world’s ultimate risk managers,” said Insure Our Future Global Coordinator Peter Bosshard.

In steadily withdrawing its support from business-as-usual oil and gas operations, Swiss Re is acting in line with last year’s International Energy Agency assessment that capping global heating at 1.5°C means no new oil and gas development.

Swiss Re’s annual sustainability report added that it wants 50% of its overall oil and gas premiums to come from companies with “independently verified, science-based” net-zero to 2050 plans by 2025, and 100% by 2030.

The company also said it will “no longer insure companies or projects with more than 10% of their production in the Arctic.” This restriction excludes Norway, reports Reuters.

Meanwhile, Bloomberg Green reports that HSBC Holdings Plc has pledged to “phase down” its financing of fossil fuels with the aim of capping global temperature rise at 1.5°C.

Second only to Barclays amongst European Banks, HSBC is currently one of the biggest underwriters of the fossil sector, helping oil and gas “raise about US$52 billion from selling bonds since the Paris climate agreement was announced at the end of 2015,” reports Bloomberg.

While the bank confirmed its intent to continue working with sector clients “who take an active role in the energy transition and who apply good industry practices around environmental, social, and governance issues,” it also promised its own climate transition plan by 2023, with a comprehensive range of science-based emissions targets across its operations.

London, UK-based ShareAction said the latest commitments from HSBC follow years of climate activism targeting the bank. “Importantly, HSBC has pledged to update the scope of its fossil fuel targets to cover capital markets activities by the fourth quarter of 2022, a key omission in its recently published climate targets,” ShareAction said in a statement.