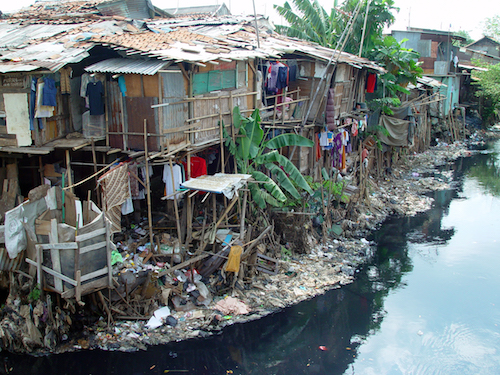 A new study points to geothermal energy as an untapped resource that could stabilize energy grids and support decarbonization of the world’s megacities, which are seeing increasing energy needs as urban populations rise.

“Megacities would benefit from the sustainable and resilient form of energy to supply decarbonizing not only residential but also industry, transportation, and other needs,” conclude the authors of the study, published recently in the journal Nature.

Urban populations have been increasing, both in total numbers and in proportion to rural populations. Globally, urban inhabitants have exceeded their rural counterparts for the first time ever. More than 50% of the world’s population now lives in cities, and that proportion is expected to hit 68% by 2050. Emissions from cities are projected to rise in step, accounting for 70 to 80% of global greenhouse gas discharges.

Cities will need to shift to clean energy generation to reduce emissions, but other potential energy sources—like wind and solar—present various complications because they are weather dependent, visually or auditorily intrusive, and have significant space requirements, the study says. Furthermore, several megacities are located close to areas with great potential for geothermal energy, like the Pacific Ocean’s Circum-Pacific Belt, also known as the Ring of Fire, which has an “anomalously high geothermal gradient.”

As a clean energy resource that is independent from weather conditions and can provide a large portion of electricity needs without compromising air quality, geothermal receives scant attention despite being uniquely suited to counter these emissions projections. It is therefore “critical that governments and public are educated about the benefits of geothermal,” the authors say.

“Energy policies coupled with investment in research and development are needed to ensure geothermal is successfully integrated into the future energy mix.”

The study’s findings are based on an assessment of three megacities—Bogotá, Los Angeles, and Jakarta—all located near unused geothermal resources. According to the authors, the geothermal resource base in the surrounding areas could cover each cities’ residential electricity demand 1.14, 4.25, and 1.84 times over.

Geothermal energy can also support city residents by creating jobs, write the authors, but cities will need to manage social engagement carefully to avoid backlash from local communities over the high cost of geothermal energy relative to other energy sources, plus other potential risks of investing in the energy source.

But if geothermal solutions are properly investigated and local communities receive the necessary support and education, the additional benefits of a low-carbon energy system could allow cities “to reach near-zero emissions globally in 2050, raising the quality of life for many people and helping to reduce energy poverty.”