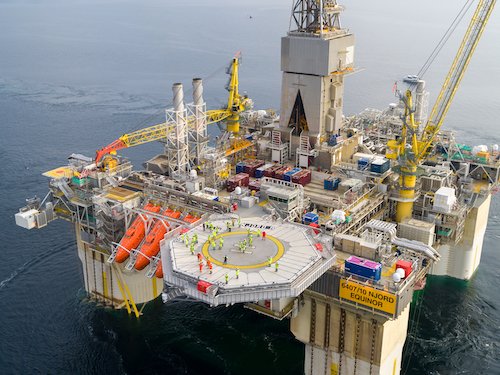 “We are on track to miss our national climate targets already and this project would make those targets impossible,” writes Sierra Club Canada’s Conor Curtis. “The federal and Newfoundland and Labrador provincial NDP, the Bloc Québécois, and Green Party have all criticized this project. All eyes are now on Trudeau and his cabinet to demonstrate whether or not they are truly committed to climate action and a just transition.”

Industry lobbyists try to claim the project’s “green oil production” has low environmental risks and brings new jobs and economic benefits, but “there is nothing ‘green’ about oil, offshore or not,” Curtis writes. He explains that offshore production is not a cleaner alternative as claimed, largely due to the downstream emissions that result from transporting, refining, and burning the product.

“In reality, Bay du Nord is a poor investment, both environmentally and economically,” he says, with estimates that its emissions would equal seven to 10 million internal combustion cars on the road. It would also increase Canada’s oil production at a time when research suggests the country should halt fossil fuel production by 2034 to align with climate pledges.

“The environmental assessment Equinor submitted with their project proposal is flawed,” Curtis adds, referring to the Norwegian state fossil that is proposing to build and operate the offshore facility. “Federal scientists found it contained ‘bias’ and ‘inappropriate conclusions,’ and these issues have not been addressed.”

Equinor’s own estimates “suggest it could take 18 to 36 days for equipment to arrive onsite in the event of a major oil blowout,” he writes. And Bay du Nord has also failed economic litmus tests, with a 2021 assessment advising against investing public money into the project, something the cash-strapped Newfoundland and Labrador government is considering.

The province already provides the industry with “sizable subsidies” equalling $82.6 million in 2020-21 and $94.7 million 2021-22, writes Curtis, citing [pdf] figures from an International Institute for Sustainable Development report. “That, local experts point out, is money that could be used to fund a just transition.”

The project is also unlikely to support regional job growth, as oil and gas jobs and revenues decline despite increasing production, and it detracts from more stable options like using oil and gas workers’ training and skills to develop the renewable energy sector.

Fossil Execs Have Their Own Definition of ‘Energy Transition’