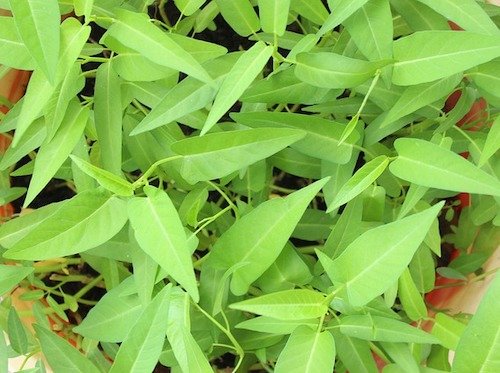 Using a combination of solar panels and a hydrogel that sucks water vapour out of the air, a test project run by environmental engineers in Saudi Arabia successfully grew a crop of water spinach last summer using only the water generated by a novel green energy system, known as WEC2P.

Temperatures in the desert kingdom were averaging 41.7°C/107°F last June, when environmental engineers at the King Abdullah University of Science and Technology set themselves the task of growing water spinach using their WEC2P system, reports Modern Farmer.

Reporting in Cell Reports Physical Science, the engineers said they were able to bring 57 out of 60 spinach seeds to maturity, with germination and growth enabled by the roughly two litres of water the WEC2P system delivered during the two-week study period.

“The technology also generated a total of 1,519 watt-hours of electricity during that time,” writes Modern Farmer.

Central to the system’s water-capturing abilities is a water-absorbing substance known as a hydrogel. Placed under the solar panels, the hydrogel absorbs water vapour, which is then turned to steam by solar-generated electricity. The solar panels themselves “are attached to a metal box, which collects the vapour and condenses it into water.”

Now, the researchers are working to move from proof of concept to product. To succeed, they’ll need to develop a hydrogel that absorbs more water vapour and find ways “to improve the system’s ability to manage heat.”